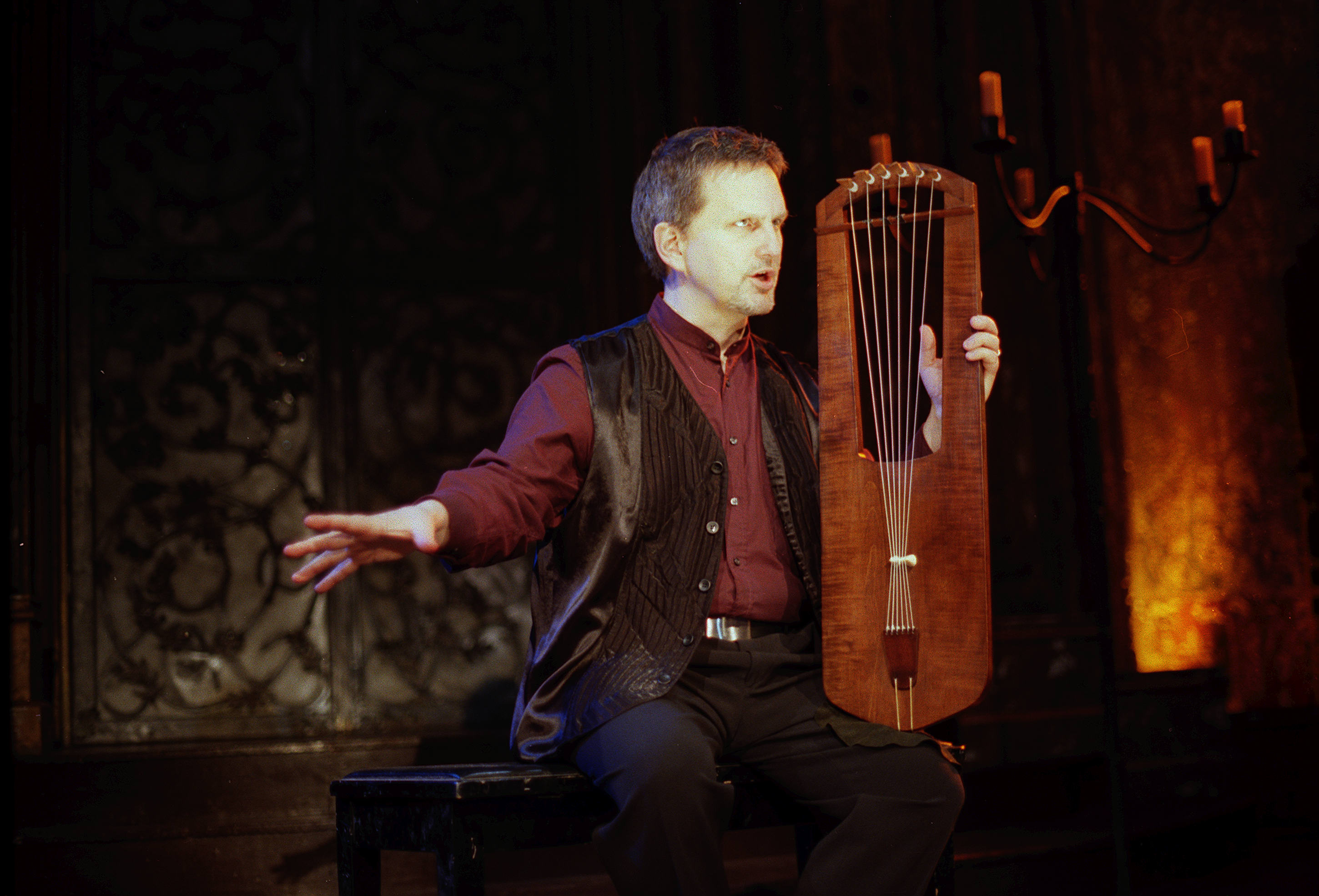 Many years ago I had the great pleasure of witnessing a performance which transported me as closely as possible to Anglo-Saxon times as I could ever have imagined: Benjamin Bagby sang, spoke, recited and brought to life an impressive part of Beowulf at Wheaton College, MA. It was perfectly captivating and mesmerising to see how a man of our times transformed himself into an artist who could have been invited to a mead hall in ancient times to sing and tell stories of heroes, of fate and death – a bard whose knowledge and talent would make a nobleman’s court sit in silence and listen. 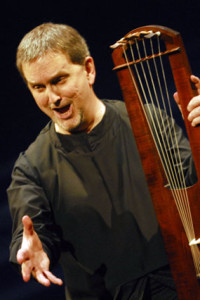 Luckily enough, Benjamin Bagby does regular performances of this particular piece. Tomorrow he will be at Utrecht in the Netherlands at the Dutch Harp Festival and then return to more shows in the United States. I do hope he will come to Germany soon (Berlin, maybe?) so I can see him again.

To any Tolkienist Beowulf should ring quite a few bells – it was one of the most important pieces of inspiration to Tolkien and a major source of his professional interest. Beowulf: The Monsters & the Critics is to this very day one of the most influential publications on said epic and should be read by quite a few researchers out there who have lost sight of the sheer appreciation of Tolkien’s creative genius.

The manuscripts of his seminal lecture series have been edited and published by leading Tolkien expert Michael Drout who has also recorded all of Beowulf in Anglo-Saxon (possibly inspired by Bagby’s performance!)

Beowulf is the story of a warrior journeying to the court of Danish king Hrothgar to rid him of Grendel, a monster attacking the court and killing off Danish warriors. After successfully completing this quest Beowulf has to fight with Grendel’s mother who is out for revenge and is able to vanquish her as well. After returning home Beowulf becomes king of the Geats and rules peacefully for decades until a fire-breathing dragon threatens the peace of his country and he goes out for a last heroic deed – he slays the dragon but is mortally wounded.

Benjamin Bagby is descended from a Germanic clan which emigrated from Jutland to northern England in ca. 630, from where his branch of the family emigrated to the colony of Virginia almost a millennium later. Following 321 years of subsequent family wanderings, he was born on the shores of the Great Lakes, and twelve years later was captivated by Beowulf.

Several years after moving back to Europe in 1974 he founded – together with the late Barbara Thornton – the ensemble for medieval music, Sequentia, which was based in Cologne, Germany, for 25 years. Both Mr. Bagby and Sequentia are now based in Paris. In addition to his activities as singer, harper and director of Sequentia, Benjamin Bagby writes about performance practice and teaches widely in Europe and North America. He is currently on the faculty of the Sorbonne University in Paris, where he teaches in the master’s program for medieval music performance practice.

In addition to his work with Beowulf, Mr. Bagby and Sequentia have produced two CDs of musical reconstructions from the medieval Icelandic Edda, one of which, ‘The Rheingold Curse’, was also staged by Ping Chong. The ensemble’s most recent CD, ‘Fragments for the End of Time’, explores early medieval songs about the Apocalypse. A DVD production of Mr. Bagby’s ‘Beowulf’ performance, filmed by Stellan Olsson in Sweden, became available in 2007. It contains numerous extra features, including interviews with noted Anglo-Saxonists and the performer.
Benjamin Bagby: Resume (PDF, 135 KB) [Source: Official website of Benjamin Bagby’s BEOWULF]

Beowulf is one of the most filmed stories in the last twenty years from volunteer-run fan productions to mega blockbusters. The most successful version is, as usual, by far the worst of them all. The main actor claimed not to have read the story so as not to be influenced in his portrayal of a hero he doesn’t know. Thanks, Hollywood.

In that story some boy steals a golden cup from a dragon’s hoard. Sound familiar?  See this short excerpt of one of his performances (and no, it does not even come close to the real things!)

Nota bene Links have been updated but the text has been left untouched. Sept 27, 2022.