FAQ about the Tolkienist

Why did you call this blog “The Tolkienist”?

There are a number of obvious reasons to this. First of all, any website would do well in chosing a decent name. I could have called it http://www.damn-i-love-middle-earth-so-much-man.com but that wouldn’t be easy to remember, it wouldn’t sound snappy and wouldn’t really get ‘the message across’. I do think the ‘Tolkienist’ is a name that gives an idea straightaway of what this is all about and that was what I was looking for. I did not invent the word, by the way; for example, there was a German website for quite some time called tolkienist.de run by a fellow member of the German Tolkien Society and it may have been in the back of my mind when I searched for a name (tolkienist.de has been dropped as a project many years ago so there really wasn’t an issue about using a similar title for my endeavours).

Second, I had been thinking a very long time about running my own Tolkien-related blog but for a gazillion of reasons it just wasn’t to be. I had my university degree to finish, a major Tolkien society to run, a job to do, a wife to find (that took long enough, I can tell you!) – there really never was the right moment to do it. However, last year, for another gazillion of reasons I felt the time was right to go ahead and do it. It would take about a hundred manuscript pages to explain those reasons but let it suffice to say that the upcoming “Hobbit” film trilogy had a little to do with it. And the film experience of the last (well over a) decade in general. 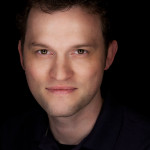 Much has changed because of them, particularly the worldwide Tolkien fandom. And when looking for a name I was most surely looking for a term which would not suggest a site concentrating on the films. I have been a Tolkien fan for over 25 years and to me the Professor and his works always come first. I am no ‘Ringer’ and never will be and although the definition of ‘fan’ could surely be applied to me I have always found this term to be used in a derogatory manner – and I quite like what I am doing so it is quite positive to me: taking an interest in the life and works of Professor J.R.R. Tolkien, CBE. Tolkien friend, lover, afficionado, enthusiast, Tolkiendil – all terms I may use, depending on the context. However, for a website they would never have been appropriate.

Thirdly, the -ist suffix implies -ism as well, the idea of a concept, in that case to me the academic research on and profound interest in one of the 20th century’s most influential writers whose importance continues to grow well into the 21st. I would not be so bold as to suggest an “art movement” here but I would like to believe that a term like Tolkienology -which I find horribly cumbersome- could be replaced by Tolkienism. And no, at no point would I believe this to be a religious or political movement; that would be rather odd. The same goes for Tolkienite as I am not a “follower” of a “deplorable cultus” as the Professor himself called it; I am a reader, a literary critic and a writer on a very interesting author. 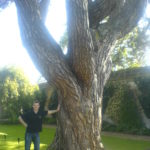 And yes, one day I might write an article about the development of the different terms describing “people interested in J.R.R. Tolkien and related topics.” 😉 Which would be a study in the worldwide fandom. Not getting any easier by the day.

Who is the Tolkienist?

More about me: soon. Hint: I’ve been dabbling in Tolkienism. For a quick idea: Do a search on Google.

What is it all about?

Soon to come. Hint: Might have to do with Tolkien.

Join me in my Patreon adventure!