AT LAST, SIR TERRY, WE MUST WALK TOGETHER. How Discworld shaped my life: Remembering Sir Terry Pratchett (or rather, PTERRY.) 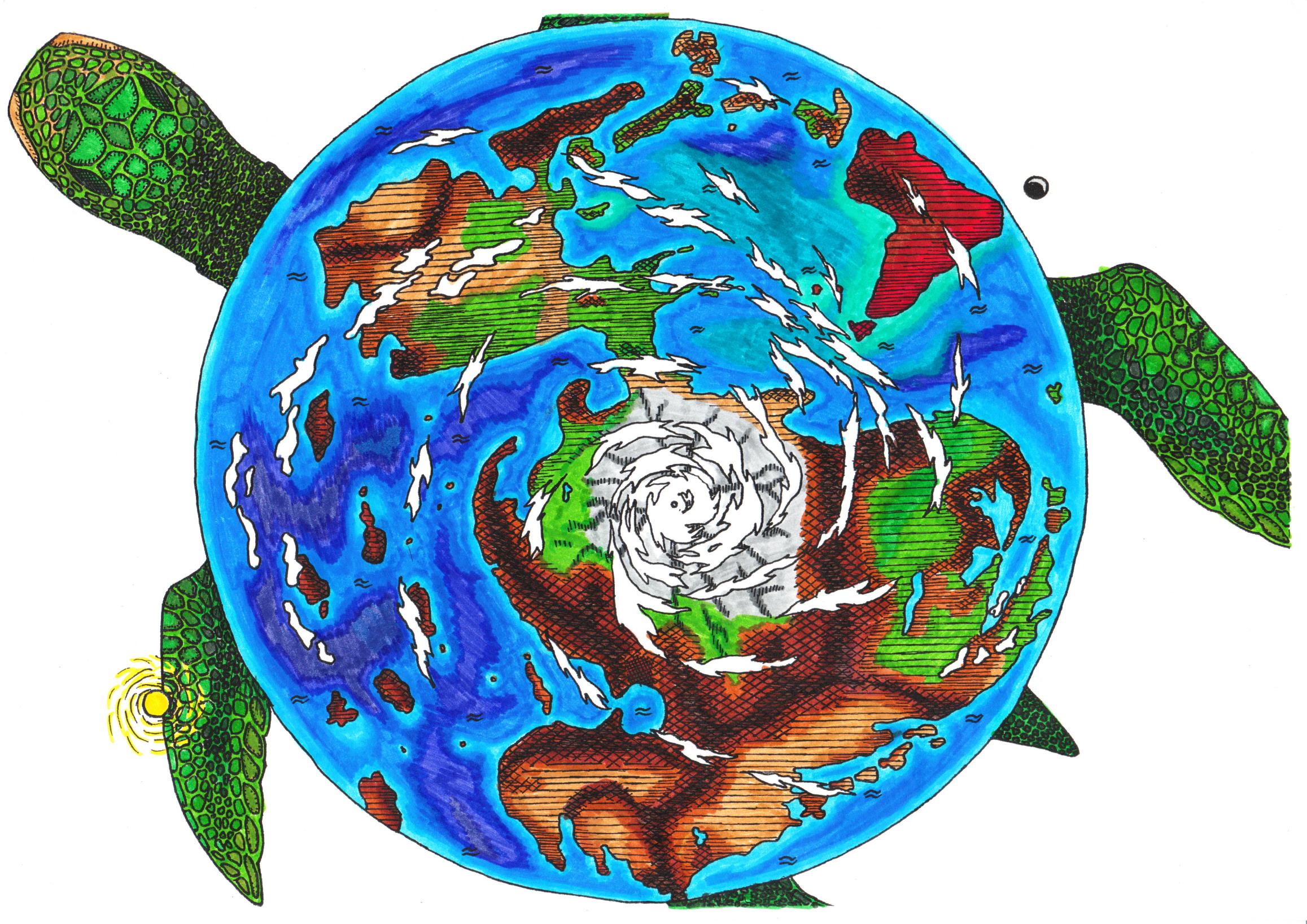 I must have met Rincewind for the first time in my life in 1987. I had just recently read The Lord of the Rings for the first time which had quite a few immediate consequences: I became one of the youngest members ever of a British Council library (when there still were some in Germany), one of the most obnoxious members in taking out all books on Tolkien they had (including Pictures, Unfinished Tales and The Silmarillion), historical novels on medieval Scotland, Ireland and everything in between, a textbook on Welsh (which had a very odd introduction with having the postman making Welsh housewives happy but I am very certain I am not remembering the first Welsh lines I ever learned correctly) and in general just pestering the staff who proved itself worthy to the task.

And on the way to the library used to be the only English books’ shop we had in Cologne at the time. And one day I couldn’t stop myself anymore because there didn’t seem to be any interesting books left with the British Council library, books with fantastical worlds and to left of the door coming in there were paperback editions which had the most outrageous covers on them (thanks, Josh Kirby!) and I bought them.

I loved knowing then that the number of E-I-G-H-T is not one to take lightly and that some barbarians are older than others and that tourism really is a huge problem if your luggage is more than just – luggage.

And then I moved on to reading other fantasy stories, as many and as quickly as I could. Thieves’ World, Gemmel, Moorcock, Brooks, Zimmer Bradley etc. etc. And somehow I forgot about Discworld, maybe because Sourcery really wasn’t my thing. I dropped out of universe-floating-turtles and wizzards and the like, started my studies and spent most of my time founding a literary society on Tolkien, learning and working. 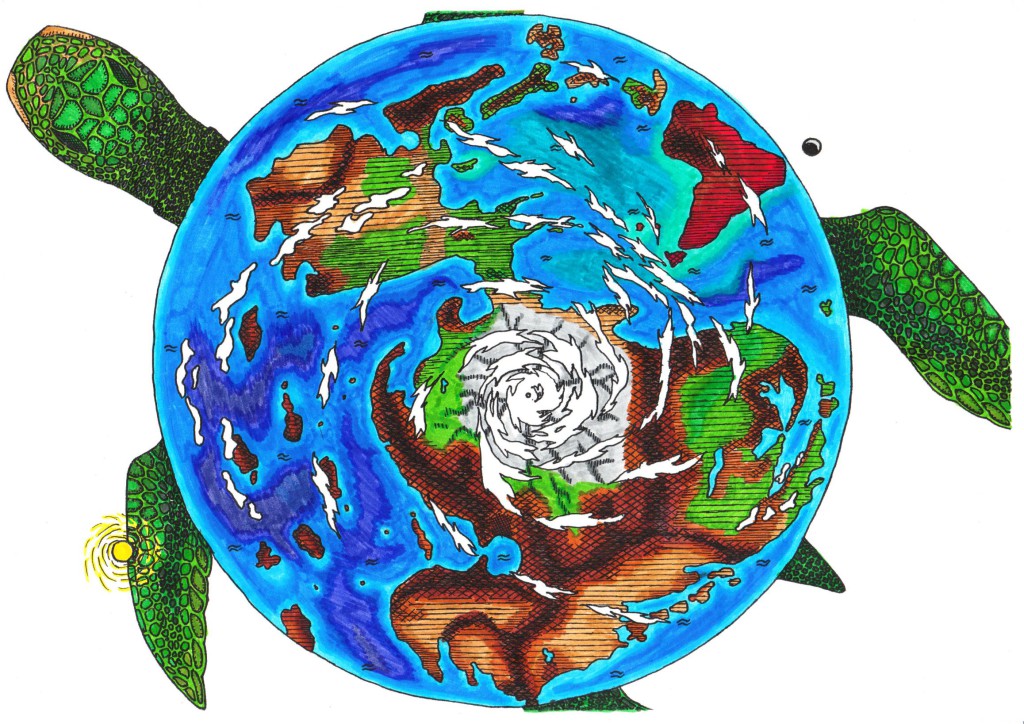 And then, in 2004, I would realise how important Pratchett would turn out to be for me.

I met my wife.

I didn’t quite know that then and it took us about two years to realise this – much to the chagrin of our mutual friends – but on a fantasy festival by the meaningful name of “Schicksalsfest” (something like ‘fateful festival’ ;)) I was there to represent the German Tolkien Society and she was part of a group representing the German Terry Pratchett Fanclub. And those guys were fun.

If you have a castle made out of papier mâché – really sturdy! – and you are supposed to shoot at it with a ballista or catapult (also hand made!) and five groups – mostly made up of Tolkien fans – aren’t able to shoot it down because it is really sturdy! – then you get the Pratchett people who lift up one of their number and ram the castle with him. ‘Coz his nickname was Malachite – a troll. And with him you could easily destroy that castle. No, I am not going to explain why people would do this.

And she was there. Tall, gorgeous and fun. The rest is, as they say, history.

So without Terry Pratchett and J.R.R. Tolkien I would never have met her.

And yesterday those tweets came in. In true Pratchett style. And they made me cry.

AT LAST, SIR TERRY, WE MUST WALK TOGETHER.

Terry took Death’s arm and followed him through the doors and on to the black desert under the endless night. — Terry Pratchett (@terryandrob) March 12, 2015

A blogging colleague showed them to me while we were at an award presentation for the best German fantasy novel and best debut fantasy novel at the Buchmesse Leipzig. For their laudatory speeches the hosts had chosen quotes from Interesting Times. Without knowing Pterry would have passed by the time they would read them out.

To call Terry Pratchett a literary giant wouldn’t do him justice. He is one of the select few who managed single-handedly to make fantasy literature the success story it is today. He single-handedly added something to fantasy which really wasn’t there then: Fun. Humour. Wit. And a thoughtfulness, open-mindedness, love for outstanding characters and a drive to make those stories about us, about humanity, which only very few can ever hope to match.

I had the opportunity of meeting the man as a writer on several occasions and he visited the first Discworld convention in Germany where me and wife took part as well – a weekend to remember for a large number of reasons but the most important one was that he made it all about the fans. Charming, witty, hilarious.

My wife Sara will always be Angua to me. And I am her Moist von Lipwig.

And tell DEATH to treat you kindly. You’ve very much earned it.

P.S.: At the start of our relationship Sara lived in Regensburg and I lived in Cologne – 600 kilometres apart. And to while away the time on the train I bought a Pratchett novel every time to keep me company. My collection is far from complete but the Discworld novels are all there – since yesterday.