This is the first installment in another short series with the Tolkienist, this time on minimalist posters/ illustrations inspired by J.R.R. Tolkien’s works. I am very happy to welcome an amazingly talented French illustrator as the first artist in this series, Patrick Connan, combining the aesthetics and beauty of chess with The Lord of the Rings.

The original chess/ Lord of the Rings posters 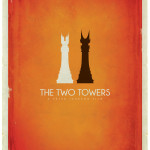 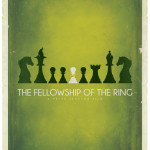 The Lords of the Rings, Star Wars and Conan are my Top 3 movies/universe of all time… This is my small tribute to what those movies brought me… They helped me being the man I am today… Truly…

Indeed. I am a big fan of Tolkien’s work, I read The Lord of the Rings and The Hobbit a couple of times and I’ve probably seen the movies in their extended versions a dozen times! But I also love The Silmarillion (I am reading it actually for the third time) which is probably the best book he wrote… I love all about the universe he created which is so huge and magical. Such an inspiration for me…

Of course… Stay tuned this year, might be the best I had in my life! But for the moment I can’t say a word or I should have to kill you afterwards … Haha!

Find out more about Patrick’s work

If you want to know more about his work do visit his official website www.patrickconnan.com and his site at Behance, www.behance.net/BarbarianFactory. 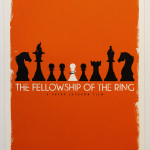 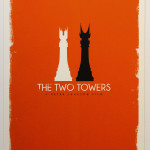 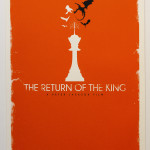 [su_box title=”Artist bio” style=”glass” radius=”8″]Born in 1985, Patrick is a French Graphic Designer and Illustrator based in Paris.

After spending over 2 years in the advertising world he finally found his way. Since 2008 he has taken up a position in the most important movie poster agency in the French capital.

5 years later, he couldn’t struggle anymore with his need to create his own work and decided to found in parallel ‘Barbarian Factory’, under which he would make his first steps into the wonderful world of illustration.[/su_box]