Meet the Tolkienist at HobbitCon: Shades of Grey and the Hobbit profiler!

HobbitCon is a tremendously fun and fan convention on the second Peter Jackson film trilogy. There you will meet up with members both of cast and crew and will get the opportunity to dive into workshops, listen to lectures and visit Middle-earth – as much as that is possible 🙂 One of the lecturers is me and I’ll be giving (at least) the two talks mentioned in the title. Maybe there’ll be even more but we’ll see! 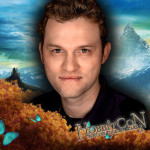 It has been said that whenever a book finds its way onto the big screen changes are inevitable but is that true? What changes were made to the main and some of the minor characters to fit them into the evolving story which Peter Jackson and his team brought together? A talk about interesting choices, a short children’s story and an unusually long film trilogy.

Critics of The Lord of the Rings and The Hobbit have often accused J.R.R. Tolkien of offering simplified, black and white stories where the good guys are just as obviously good as the bad guys are obviously bad.
Unfortunately, most of those critics have obviously not really read much about Tolkien and his works, missing the chance to meet the biggest conspirator, plotter and spy Middle-earth has to offer (besides Sauron!)