This is the third installment in my short series on Tolkien Travel Posters and I am very happy to welcome artist Steve Thomas joining the fold, following up on Nana Leonti and Austin Purser. I am continously amazed at what creativity the works of J.R.R. Tolkien have inspired and continue to inspire. So, without further ado, I give you Steve. 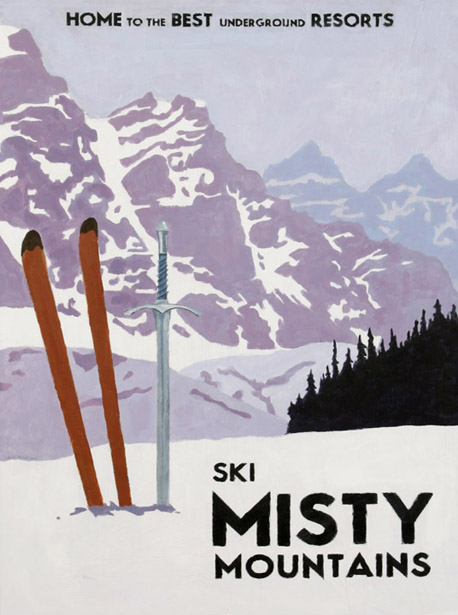 I really enjoy the travel posters from the early 20th century and I wanted to try my hand at them, but with a pop-culture twist.

I’m definitely a fan of Tolkien as well as fantasy and sci fi. Especially the retro-futuristic sci fi from the mid 20th century pulp comics and novels.

Definitely. I have a laundry list of places and subjects I’d like to tackle. I’d rather not admit to them all here, but would really like to do a few more places in the Tolkien realm. 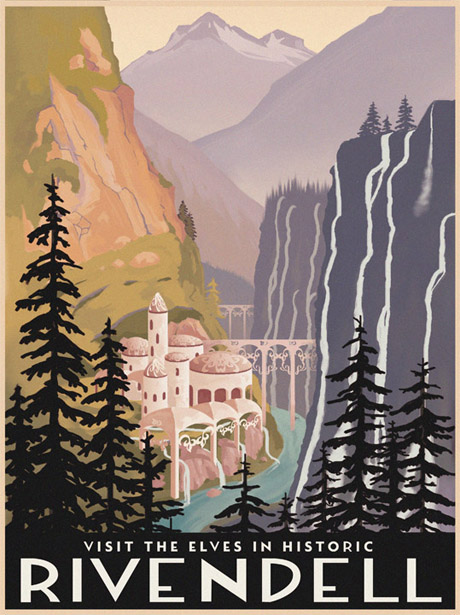 Find out more about Steven’s work

[su_box title=”Artist bio” style=”glass” radius=”8″]Before becoming a freelance illustrator/graphic artist, Steve worked for newspapers creating graphics and illustrations for 14 years. He worked for every section of the paper from Life and Entertainment to Sports. Now he is trying to come up with new and interesting ideas for illustrations.

His love for vintage posters, propaganda and product art from the early 20th century and an interest in retro-futuristic art from the mid-20th has led him to create some cool poster art. Who doesn’t want to travel the solar system or join the fight against the villains of 1980s arcade games?[/su_box]