“The Lord of the Gaps”: How Tolkien’s mastery of a literary technique would make ten Hobbit films possible – and they still wouldn’t be enough 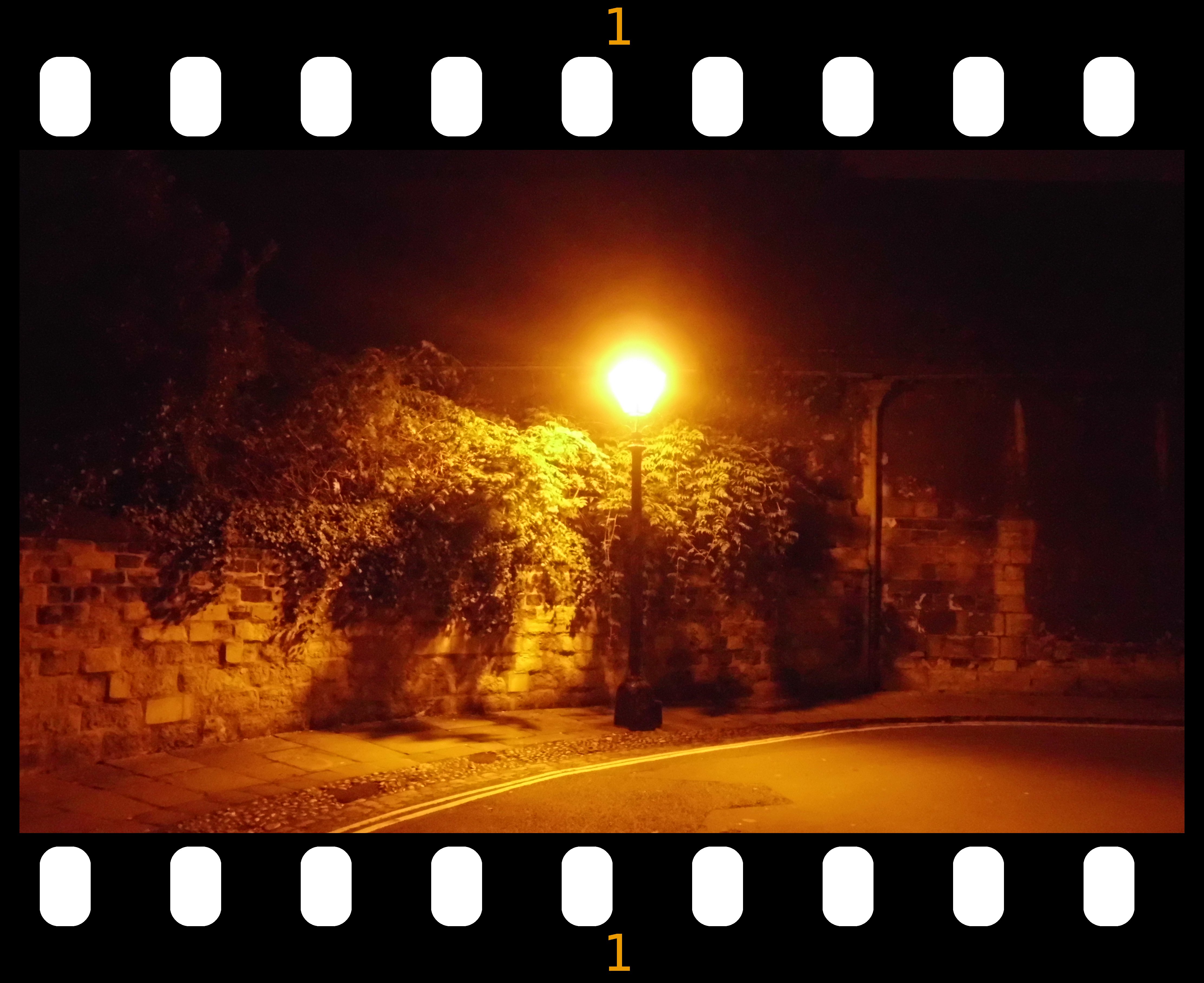 A light in the dark (c) Marcel Aubron-Bülles

Much has been made of Peter Jackson’s decision to make three instead of two Hobbit films (a production company like Warner Bros which has crossed the billion-dollar-mark for eleven consecutive years will have taken him up on his offer immediately.) Some thought this might prove to be a disastrous decision, some thought it was all about greed, others even went so far as to accuse Jackson of failing creative strengths. Whatever your take is one thing is pretty clear – as with The Lord of the Rings film trilogy the author and therefore the supposed inspiration to all of these films has been pushed firmly into the background (even though the Wall Street Journal did make an effort to put all into a bit of a perspective.)

Now, before I get to J.R.R. Tolkien’s part in all of this let us just have a quick look at the public statement Peter Jackson made on Facebook on July 30, 2012:

It is only at the end of a shoot that you finally get the chance to sit down and have a look at the film you have made. Recently Fran, Phil and I did just this when we watched for the first time an early cut of the first movie – and a large chunk of the second. We were really pleased with the way the story was coming together, in particular, the strength of the characters and the cast who have brought them to life.  All of which gave rise to a simple question: do we take this chance to tell more of the tale? And the answer from our perspective as the filmmakers, and as fans, was an unreserved ‘yes.’

We know how much of the story of Bilbo Baggins, the Wizard Gandalf, the Dwarves of Erebor, the rise of the Necromancer, and the Battle of Dol Guldur will remain untold if we do not take this chance.  The richness of the story of The Hobbit, as well as some of the related material in the appendices of The Lord of the Rings, allows us to tell the full story of the adventures of Bilbo Baggins and the part he played in the sometimes dangerous, but at all times exciting, history of Middle-earth.

So, without further ado and on behalf of New Line Cinema, Warner Bros. Pictures, Metro-Goldwyn-Mayer, Wingnut Films, and the entire cast and crew of “The Hobbit” films, I’d like to announce that two films will become three.

It has been an unexpected journey indeed, and in the words of Professor Tolkien himself, “a tale that grew in the telling.”

Without going into detail on this particular piece of press/ marketing cleverness there is one particular line that has been taken up by a lot of bloggers & journalists without really knowing what Peter Jackson was talking about – and that was the cleverness about it: It just gave a great explanation for what many fans (and even those not particularly interested in Tolkien’s life and works) would accept as plausible – there was more material. Ever since the publication of The Silmarillion this has been the way for Tolkien readers – Unfinished Tales, History of Middle-earth, Roverandom, The Children of Húrin, The Legend of Sigurd and Gudrún and the upcoming The Fall of Arthur – the new material never ceases to end (which I am very happy about, being a Tolkienist.)

However, the “apprendices” of The Lord of the Rings are rather meagre when it comes to give you extra material about The Hobbit. They consist of:

In 1) the “Shire folk” are mentioned once; the Dwarves’ move to Erebor is mentioned in a paragraph (already known from The Hobbit); however the Dwarves’ war with the Orcs in Moria is explained in more detail. In 2) minor details are mentioned that are already known from both H and LotR but, of course, the wider implications of war in Middle-earth are listed. In 3) – well, if you are keen on genealogy that will help you. 4) the Calendar is quite fascinating but not really to a film and finally 5) one paragraph on the Hobbits’ language really is all there is (okay, there is another bit on the Hobbit names of Sam, Gamgee and Brandywine but how you could also fit in Banazîr and Ranugad I can’t possibly imagine.)

In short – that statement was only meant to diffuse attention from the fact that there had always been the decision to make more money out of The Hobbit or in all honesty Peter Jackson and his team came to the conclusion it is really worth doing three films out of the material available. (By the way: There is, of course, much more material on this beautiful story but for that WB would have to pay extra money, presumably, as this is not included in the film rights’ deal. When I first heard there were going to be three films I wasn’t too surprised. I found it quite ironic, actually, remembering that Peter Jackson had trouble then to actually get to do two Lord of the Rings, let alone three. Now things have changed, indeed, and PJ can basically do whatever he feels like. In fact, in an interview with iofilm.co.uk almost ten years ago he clearly stated that he “didn’t have a lifelong ambition to make The Lord of the Rings (…)” That was King Kong. Not much of a similarity there between these two stories… )

Many people have said that it really is impossible to have a book that is so much shorter than The Lord of the Rings to be turned into the same number of films. This assumption is wrong on different levels: For one, you could argue that the film trilogy could have well been turned into six films or a television series like Game of Thrones; for another comparing The Hobbit with its sequel does not do either of them justice. Some have argued that the story arc in H needs every little bit of detail of its story, there is nothing to cut out – which would lead to more parts of the story actually filmed whereas with LotR there was a lot to cut (don’t mention the Bombadil.)

But what had struck me listening to a talk by Thomas Binotto many years ago (available in the Inklings’ yearbook of 2004) was the concept of the Leerstelle, first brought up by German literary scholar Wolfgang Iser in his short article Die Appellstruktur der Texte, published in 1970 – the concept of the “gap” or “blank spaces”, that is, a point where elements of the story are left blank and for the reader’s imagination to fill (a very crude summary but for the sake of this article’s length I’ll leave it at this.) Now, Tolkien was a virtuoso with this particular technique if there ever was one: he mentions only in passing legends, characters, battles, whole centuries and millenia of stories summarized in very few lines. When Thorin & Co. find the two Elven swords and Sting in the trolls’ cave you will have to ask yourself: What was Gondolin? What wars were fought at the time? Where did Smaug really come from – what other dragons were there? Who is Beorn truly and where would he want to go back to?

Now this technique is quite obviously the best thing that could ever happen to any director. Fill in the blank spaces with beautiful imagery, add story elements, enlarge on character development, storyline etc. – that’s what a film can do in addition to the story in itself. I will give you a short list of things you could possibly add to The Hobbit films to make more than just three.

How to make more out of The Hobbit

How Tolkien considered “fantasy” to be written

Tolkien was very well aware that for a fantasy story to be believable you would have to work very hard indeed. In his essay On Fairy-Stories he sums up what fantasy can do and cannot do:

Fantasy, of course, starts out with an advantage: arresting strangeness. But that advantage has been turned against it, and has contributed to its disrepute. Many people dislike being “arrested.” They dislike any meddling with the Primary World, or such small glimpses of it as are familiar to them. They, therefore, stupidly and even maliciously confound Fantasy with Dreaming, in which there is no Art; and with mental disorders, in which there is not even control: with delusion and hallucination.

But the error or malice, engendered by disquiet and consequent dislike, is not the only cause of this confusion. Fantasy has also an essential drawback: it is difficult to achieve. Fantasy may be, as I think, not less but more sub-creative; but at any rate it is found in practice that “the inner consistency of reality” is more difficult to produce, the more unlike are the images and the rearrangements of primary material to the actual arrangements of the Primary World. It is easier to produce this kind of “reality” with more “sober” material. Fantasy thus, too often, remains undeveloped; it is and has been used frivolously, or only half-seriously, or merely for decoration: it remains merely “fanciful.”

And that may be the very problem a film version of The Hobbit will have to face: In attempting to be too literal, in trying to show too much and in overwhelming the audience with fanciful images it may lack the very elvish craft to take you into another world you believe to be true. To say it in Tolkien’s words: In human art Fantasy is a thing best left to words, to true literature. If you simply try to add as many images supposedly fitting to the story, if you try to apply the same technique Tolkien used in his works to films without realising its very pitfalls you may end up with much less than you actually started from in the beginning (P.S. I am not mentioning that one new name on the characters’ list even if I find her particularly hot, my preciousss; she is a case in point.)

I am sure that a lof of this is open to discussion and I am very much looking forward to your comments!