There is so much more to explore with J.R.R. Tolkien #NotOneLastTime

The world premiere of ‘The Hobbit: Battle of Five Armies” took place on December 1st and tomorrow 13 new countries will see the film come to the big screen, among them the USA, Canada, Spain and Italy. The film production companies have asked fans worldwide to tweet their experiences using the hashtag #OneLastTime but I believe -as many others do- that this is only a temporary break and more amazing projects are to come. However, there most certainly is one thing you can always rely one and those are the works by J.R.R. Tolkien himself: Read. Get your copy of The Hobbit out and enjoy it whenever you want – and to show your support of this amazing writer’s imagination post a selfie of you and your copy of this amazing children story from December 17th, 2014 onwards!

Did you know there are dozens of other books to read, not just The Lord of the Rings, The Hobbit and The Silmarillion?

There are amazing books waiting for you to enjoy, some of which are close or similar to his Middle-earth works and many which have been informed by his work as a leading philologist at the University of Oxford. There is a whole new world waiting for you to explore and if you haven’t heard yet of Sir Gawain and the Green Knight, The Fall of Arthur, Leaf by Niggle or The Adventures of Tom Bombadil you are in for a treat! 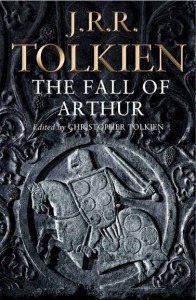 The Fall of Arthur. J.R.R. and Christopher Tolkien (c) HarperCollins

If you have ever heard of King Arthur and the knights of the Round Table Tolkien’s The Fall of Arthur will provide you with a new idea of how the story might really have looked like!

“(…) of Arthur’s expedition overseas into distant heathen lands, of Guinevere’s flight from Camelot, of the great sea-battle on Arthur’s return to Britain, in the portrait of the traitor Mordred, in the tormented doubts of Lancelot in his French castle.

The Fall of Arthur, the only venture by J.R.R. Tolkien into the legends of Arthur King of Britain, may well be regarded as his finest and most skilful achievement in the use of the Old English alliterative metre, in which he brought to his transforming perceptions of the old narratives a pervasive sense of the grave and fateful nature of all that is told (…)” 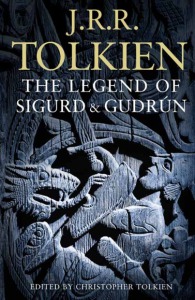 The Legend of Sigurd and Gudrún. J.R.R. and Christopher Tolkien (c) HarperCollins

If you love the old Norse Sagas and if you have ever appreciated what in a different form turned into the Nibelungensage this publication may very well be of interest to you! And read it out loud!

“Many years ago, J.R.R. Tolkien composed his own version, now published for the first time, of the great legend of Northern antiquity, in two closely related poems to which he gave the titles The New Lay of the Völsungs and The New Lay of Gudrún.

Deriving his version primarily from his close study of the ancient poetry of Norway and Iceland known as the Poetic Edda (and where no old poetry exists, from the later prose work the Völsunga Saga), J.R.R. Tolkien employed a verse-form of short stanzas whose lines embody in English the exacting alliterative rhythms and the concentrated energy of the poems of the Edda.”

To this very day Tolkien is considered is considered one of the foremost Beowulf scholars who has changed how this epic poem needed to be understood. This translation does provide insights into his unique perceptive abilities – and yes, there may also be a certain dragon in that story!

“From his creative attention to detail in these lectures there arises a sense of the immediacy and clarity of his vision. It is as if he entered into the imagined past: standing beside Beowulf and his men shaking out their mail-shirts as they beached their ship on the coast of Denmark, listening to the rising anger of Beowulf at the taunting of Unferth, or looking up in amazement at Grendel’s terrible hand set under the roof of Heorot. 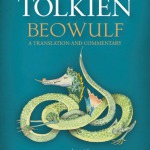 But the commentary in this book includes also much from those lectures in which, while always anchored in the text, he expressed his wider perceptions. He looks closely at the dragon that would slay Beowulf ‘snuffling in baffled rage and injured greed when he discovers the theft of the cup’; but he rebuts the notion that this is ‘a mere treasure story’, ‘just another dragon tale’. He turns to the lines that tell of the burying of the golden things long ago, and observes that it is ‘the feeling for the treasure itself, this sad history’ that raises it to another level. ‘The whole thing is sombre, tragic, sinister, curiously real. The “treasure” is not just some lucky wealth that will enable the finder to have a good time, or marry the princess. It is laden with history, leading back into the dark heathen ages beyond the memory of song, but not beyond the reach of imagination.’”

Did you know there is more than one Hobbit?

It is pretty safe to say that you are reading a version of The Hobbit by J.R.R. Tolkien which is not like the original version published in 1937. Tolkien changed his original story because he needed it to fit in with The Lord of the Rings, particularly because of a certain ‘ring.’ So in 1951 came out the 2nd edition which most of us will probably have at home. And then, in 1960, he even tried his hand at writing his children’s book in the style of his magnum opus but gave up after only a few chapters – he simply did not think it would work well. 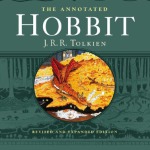 This is, of course, a very, very condensed explanation for an extremely complex process and if you want to know more about it there are two books I would highly suggest to you:

“As with all classics, repeated readings continue to bring new detail and perspectives to the reader’s mind, and Tolkien’s Middle-earth is a vast mine of treasures and knowledge, its roots delving deep into folklore, mythology and language. The Hobbit is, therefore, an ideal book for annotation: as well as offering a marvellous and entrancing story, it introduces the reader to the richly imagined world of Middle-earth, a world more fully and complexly realised in The Lord of the Rings and The Silmarillion.

Douglas Anderson’s annotations make fascinating reading. Additionally, many of Tolkien’s own illustrations embellish the text, and numerous illustrations from foreign editions exhibit an extraordinary range of visual interpretation. In an appendix there are details of the revisions made by Tolkien at various times to the publsihed text, which provide an uncommon and privileged glimpse into the special concerns of an exceptional and painstaking writer.”

“For the first time in one volume, The History of the Hobbit presents the complete unpublished text of the original manuscript of J.R.R.Tolkien’s The Hobbit, accompanied by John Rateliff’s lively and informative account of how the book came to be written and published. As well as recording the numerous changes made to the story both before and after publication, it examines – chapter-by-chapter – why those changes were made and how they reflect Tolkien’s ever-growing concept of Middle-earth.

Like Christopher Tolkien’s The History of The Lord of the Rings before it, this is a thoughtful yet exhaustive examination of one of the most treasured stories in English literature. Long overdue for a classic book now celebrating 75 years in print, this companion edition offers fascinating new insights for those who have grown up with this enchanting tale, and will delight those who are about to enter Bilbo’s round door for the first time.

Fun stories illustrated by the author himself 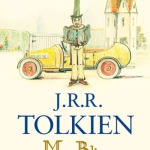 “Mr Bliss, a man notable for his immensely tall hats and for the girabbit in his garden, takes the whimsical decision to buy a motor car. But his first drive to visit friends quickly becomes a catalogue of disasters. Some of these could be blamed on Mr Bliss’s style of driving, but even he could not anticipate being hijacked by three bears. As for what happened next – the readers, whether young or old, will want to discover for themselves.

Professor J.R.R. Tolkien invented and illustrated the book of Mr Bliss’s adventures for his own children when they were very young. The book was handwritten with lots of detailed and uproarious colour pictures.”

“Every December an envelope bearing a stamp from the North Pole would arrive for J.R.R.Tolkien’s children. Inside would be a letter in strange spidery handwriting and a beautiful coloured drawing or some sketches. The letters were from Father Christmas. 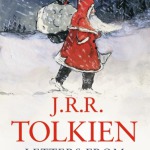 They told wonderful tales of life at the North Pole: how all the reindeer got loose and scattered presents all over the place; how the accident-prone Polar Bear climbed the North Pole and fell through the roof of Father Christmas’s house into the dining-room; how he broke the Moon into four pieces and made the Man in it fall into the back garden; how there were wars with the troublesome horde of goblins who lived in the caves beneath the house!”

Why are you doing this?

Because Tolkien fans asked me to 🙂 And because I think this is a great opportunity for many fans out there who haven’t heard of the wonderful creativity well beyond the three major works by J.R.R. Tolkien – to find new fascinating stories and new scholarly publications to appreciate. And I hope it’ll help ease the disappointment that things ‘seem to be at an end.’ We’ll see more Tolkien-inspired films, don’t worry – but for now let’s read!

My thanks go out to L’OstediBrea, Erin_Oak, Norbert Spina, and all the other Italian fans who came up with this great idea.

There is much more to explore with J. R. R. #Tolkien. #NotOneLastTime. Great publications are just waiting for you – The Fall of Arthur, his #Beowulf translation, #LeafbyNiggle on creative genius, #OnFairyStories on hos concepts of fairy tales, myth and writing, #FarmerGilesofHam to show you that with a bit of luck you can become a hero and beat a dragon… Many, many worlds and works to explore. If you love Tolkien – it will never end!

Picture and text credits: All pictures and quotes taken from Tolkien.co.uk, the official Tolkien bookshop by HarperCollins.