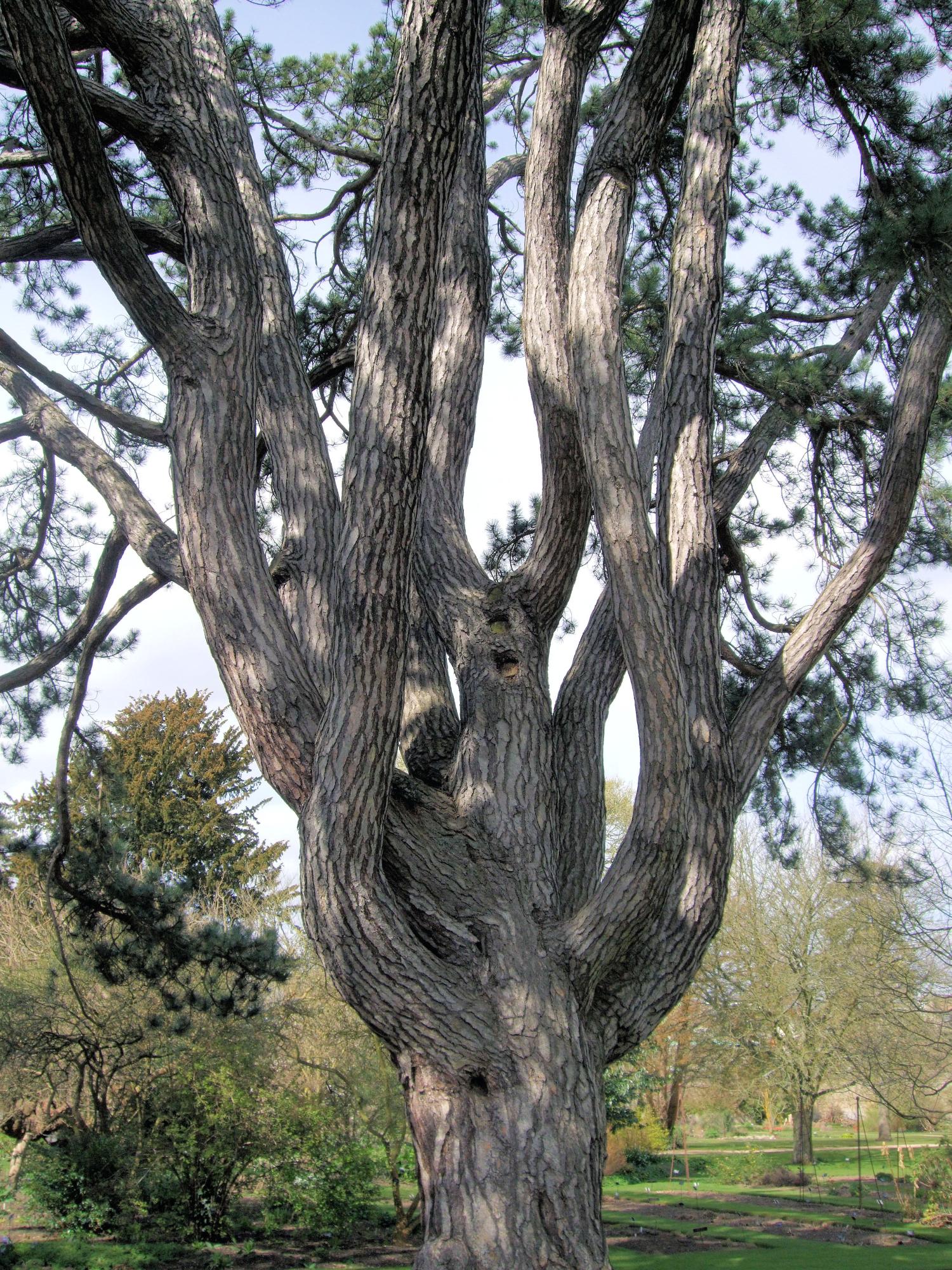 Sad news for visitors of Oxford’s Botanic Garden and many Tolkien fans: J.R.R. Tolkien’s favourite tree, a black pine (pinus nigra), suffered severe damage on July 26, 2014, and needed to be removed. The Botanic Garden contacted the Tolkien Society for suggestions on how best to commemorate the tree beside which the last picture of J.R.R. Tolkien was taken by his grandson Michael on August 9, 1973.

The collapse of two of the massive limbs of the pinus nigra at the Oxford Botanic Garden happened on Saturday, 26th July, 2014, during a special family day. You can see chairs arragend below the tree and a folk musician preparing for an impromptu concert, risking his own life when trying to save his guitar. It only takes minutes for this to happen.

The Botanic Garden has issued a statement on its website about what will happen in the next few weeks.

Dr Alison Foster, acting director of the Garden, said: ‘The black pine was a highlight of many people’s visits to the Botanic Garden and we are very sad to lose such an iconic tree. We intend to propagate from this magnificent tree so that future generations will not miss out on this important link to Tolkien. We are considering using the wood from the black pine for an educational project along the lines of the One Oak project and hope to hold a celebratory event to commemorate the tree and its many associations in due course.

The last picture of J.R.R. Tolkien can be found in Humphrey Carpenter’s Biography. According to ‘received wisdom’ the tree was planted in 1799 which would make it 215 years old (research seems to suggest, though, it was only planted in the 1830s.) Now that the tree will be cut down its correct age can finally be determined. In what sad state the tree is after losing two limbs last Saturday can be seen on the Botanic Garden’s website. [Site disappeared by Oct 2014.]

Addendum: The falling apart of the ‘black pine’ led to a huge media echo for the Botanical Gardens, not all of it good. See also: A giant falls: the Tolkien tree is no more, photographer Jim Linwood has taken the most well-known picture of pine (it is with Wikipedia) and has an exceptional Oxford album, this site has a few lovely pictures, Alamy as well, and news site cherwell.org noted that the tree was close to being fully removed by the end of August 2014.  The Oxford Mail couldn’t help itself and titled The Ent is nigh for Tolkien tree, and Tolkien fans fume as author’s tree is chopped … Yes, sometimes it is rather embarrassing to be called a Tolkien fan. Oddly enough the University of Oxford posted a picture of the tree months after it had been felled on its Facebook page – without mentioning this fact.