The beauty that is this new ‘Hobbit’ edition, illustrated by Jemima Catlin 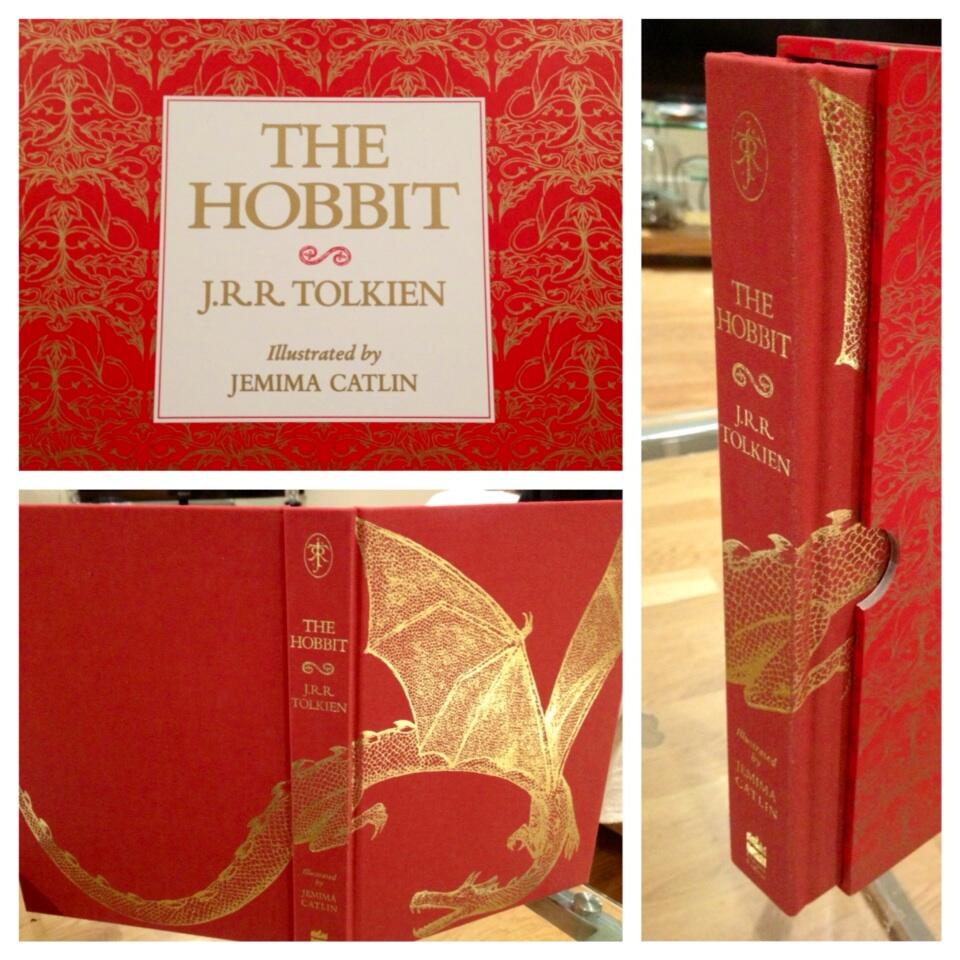 For me as a long-standing Tolkien fan recent years have brought both pleasure and pain due to the film trilogies and I am very happy when there is something substantially new from the publishers on J.R.R. Tolkien and his works. When some time ago the word spread there would a be young and new artist illustrating next year’s calendar, Jemima Catlin, quite a few people asked me ‘who is this’? I did not know, either, but with a recent press release and some sneak pictures spreading across the internet you should be getting a pretty good idea of her artistic qualities – and I can tell you: I like it very much, indeed.

According to the press release by HarperCollins we will witness the first ever illustrated edition of The Hobbit since Alan Lee’s iconic 1997 rendering of this fabulous children’s tale. It will be published in both hardback and a deluxe foiled slipcase edition on 12 September 2013. According to David Brawn who is responsible for all Tolkien-related projects with HarperCollins he was looking for something new with this edition:

‘I wanted to publish an edition of THE HOBBIT that pulled it back from the cinematic fantasy of the films and reintroduced that sense of adventure and magic that Tolkien’s own children must have felt when he first read them the story. Over the years, THE HOBBIT’S distinctiveness as a classic of children’s literature has been diminished by the potency of THE LORD OF THE RINGS, but Jemima’s approach restores some of the innocence to the tale that I hope children and families will really enjoy. I love how Jemima has taken all her cues from the text – simple things like the different coloured beards of the Dwarves that it is so easy not to notice when reading the book. And Bilbo, though clearly middle-aged as he should be, has a twinkle about him that young readers will adore.’

Today Jemima Catlin, a graduate of The Arts University in Bournemouth, posted a sneak peek of the deluxe edition of The Hobbit on her Facebook page and fans went wild there and on Twitter. What do you think?

According to the press release this edition will include 150 newly commissioned colour illustrations. You can have a quick look at some of them via Amazon’s ‘Look Inside’ option – just browse through the pages. You will see even more pictures if you have a look at her calendar illustrations for 2014. And quite obviously the new book was celebrated in a proper fashion as Natasha Hughes of @TeamTolkien who is assistant editor for J.R.R. Tolkien, Agatha Christie et al. at HarperCollins showed in a fun picture on her Twitter account – including wonderful Brian Sibley’s Hand! Yes!

I cannot wait for this edition to be published. What about you?