How a hobby turns into a Hobbit in Cape Town 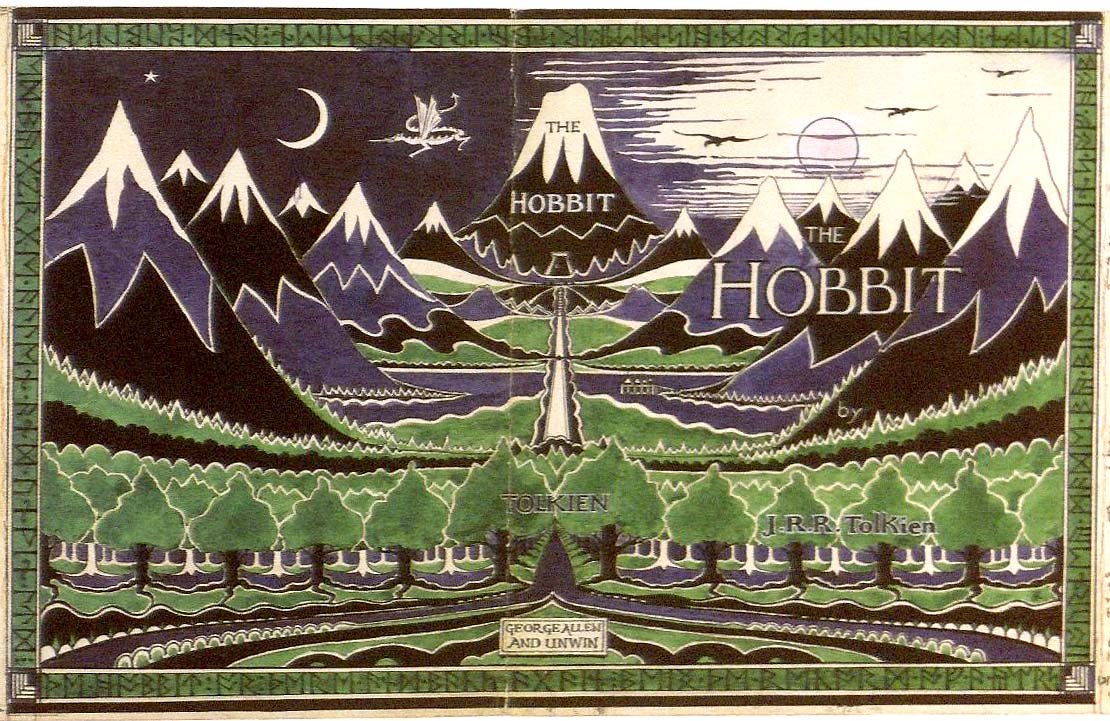 I am very happy and very proud to have my first guest post with this, the fifth installment to my on-going series,  Things J.R.R. Tolkien has never said, done, written or had anything to do with or simply TThnsdwohatdw. My thanks go out to John Garth for connecting me with Edmund Weiner at the Oxford University Press, deputy chief editor for the Oxford English Dictionary, and co-author of The Ring of Words: J.R.R. Tolkien and the Oxford English Dictionary, one of the most enlightening works on Tolkien’s life and work in recent years, together with Peter Gilliver and Jeremy Marshall.

To show you how misattributions and misunderstandings work when it comes to such a popular author Mr Weiner was so kind as to provide me with notes of an email correspondence with an enthusiastic and diligent lady from Western Australia, starting on March 29th, 2012, in which she asked a question on one of the seemingly most elusive words used by Tolkien: Hobbit. If you read up on the origin of the word at Wikipedia, the article will tell you that there might have been an earlier inspiration for Tolkien to have used; to this very day, the word itself is credited to the Professor in the OED as his own invention. Why? John D. Rateliff, author of The History of the Hobbit, takes a very close look at the Denham Tracts where the term hobbits is, in fact, used in the 19th century and comes to the conclusion: (…) it is highly unlikely that the Denham Tracts was actually Tolkien’s scource for hobbit. [Rateliff, John. D. The History of the Hobbit. Part Two: Return to Bag-End. London: HarperCollins, 2007, p. 849.]

Now, this self-effacing lady from Australia and Mr. Weiner entered into an email ping pong match about a new possible find for the origin of the word Hobbit. Enjoy!

I have been reading a journal written by an Anglican clergyman in the 1841 who quotes one of his Cambridgeshire lads, using the term ‘a mort of pretty Hobbits’ to describe his impression of the inhabitants of Cape Town when they stop over en route to Western Australia. From what I have been able to glean today on the internet, there is very little evidence apart for The Denham Tracts that attest to its prior usage. Is this right? March 29th, 2013

In answer to a positive response from Mr. Weiner another email came the same day:

I’m excited to think this information might be of use to you and others. I did try and locate the original documents this afternoon, but I can’t access the microfilm. Here’s a link to the Library of NSW: http://acms.sl.nsw.gov.au/item/itemdetailpaged.aspx?itemid=954259 March 29th, 2013. Again.

Yes, it is a published journal (volume 1). I have scanned a number of pages from the book that I think will be reassuring in terms of the integrity of the editorial process. With regards to the context of these words, I have scanned the previous page where John Wollaston is referring to his servants and their temperaments. They had spent a week or so in Cape Town and now have been back at sea a few days. [/learn_more]

With this she sent scans showing the context and the title page, etc.:

Our two lads turn out admirably. Jos. is a sharp, clever, good humoured fellow, & can turn his hand to anything. When I shewed him first the Table Mountain, I said, ‘There, Jos, look at the Land’. ‘That’s hoigh’ was his Cambshire reply—and in Cape Town he saw ‘a mort of pretty Hobbits’. [Editor’s footnote: The Oxford English Dictionary does not record any use of the term ‘hobbit’ earlier than J. R. M. [sic] Tolkien’s Lord of the Rings [sic!], but it was obviously known a hundred years earlier in rural Cambridgeshire.]

I have sent off an online request to NSW library for a transcript of the original diary entry. With the Easter break it will, no doubt, be a few days before I get a response. I have been thinking…should I contact the editor, Prof Geoffrey Bolton, given that it was his work 21 years ago that brought memoir to light and he did footnote with reference to Tolkien. March 30th, 2013.

This manuscript has proven fairly difficult to track down. TROVE indicated that it was in the Mitchell Library NSW but it turns out they only have a typescript copy. What is interesting though, or perhaps disappointing, is the passage in question is rendered (as given to me over the phone): ‘Moit of pretty hobbies’. [NB the MS definitely reads mort ‘a large quantity’, not moit.] I did notice that Wollaston uses a similar word in another passage. Bolton’s footnote says: as in hobby-horse.

It was at first almost startling to see one of these hideous looking creatures carry her right arm over her left shoulder, & pull out of a bag behind her a black grisly thing; wh thus released mechanically vaulted upon her shoulder, saddle-wise, and sticking its fingers into the mothers hair (John Gilpin fashion, for security), seemed to enjoy the running walk in wh it’s Hobby shuffled off.

On a more positive note, I have just now located the written manuscript in State Library of WA so have placed the request and waiting for their response.

I’m a little closer, than last we spoke, to getting the original. It didn’t look good for a while as they were saying the manuscript was too fragile to photocopy or photograph, but a recent email and the conservator has agreed to provide a copy, so my order has been submitted. Also promisingly, the conservator said in an email, that the manuscript reads as, ‘moit of pretty Hobbits’. I will forward it to you as soon as it arrives. I managed to contact Geoffrey Bolton and he was surprised and interested. Apparently his wife had Tolkien as one of her lecturers at Oxford. Geoffrey said he is more than happy to help if the handwriting needs deciphering, but from what he remembers, Wollaston’s handwriting was quite good.

Well, it is finally here. I hope you can make some sense of it! The phrase occurs in the bottom left page. It took me a while to find. I wish the ‘t’ was a little more convincing. April 26th, 2013.

Which in the end led to this:

Conclusion on supposed first use of the ‘hobbits’:

Now that we have a scan of the passage, it seems very possible that the word is Hobbies. The apparent cross-stroke to the penultimate letter of the word seems to be in fact an underlining to the word hoigh in the line above, and although this letter is oddly shaped, it definitely curves over and down. This reading is supported by the fact that Wollaston uses the word hobby elsewhere. Moreover, what kind of being could Jos have been referring to if he had said ‘Hobbits’? If the reading is Hobbies it seems from the OED and the English Dialect Dictionary that the only candidate for this is the word hobby meaning ‘a small horse’ (OED hobby n.1; the sense ‘a favourite occupation’ is historically a figurative use of this). There is no evidence of application to humans (although in the other context in Wollaston’s Journal it figuratively means ‘mount’) apart from the regional phrase to play the hobby, attested in an entirely different part of the country (EDD Hobby sb.1 and v. ‘3. Phr. to play the hobby, said of a woman who romps with men. w[est]. C[ountr]y.’). From this one could infer a ‘lewd’ sense of the word outside phrasal use, but there is no supporting evidence. Alternatively this line of thinking might be an imputation of inappropriate interests to Jos, who may have simply meant that he had seen a large number of fine ponies in Cape Town. (However, the next sentence is: ‘As to the Blacks he “dan’t vastly like they”’.)

It is wonderful to see to what lengths people will go to find a correct answer to their question and it would have been nothing short of amazing for this lady from Australia to have found the possible source of inspiration for Tolkien’s use of the word Hobbits. However, as things are we have to assume for the time being that this word has indeed been coined (or at least made immensely popular) by J.R.R. Tolkien.

Special thanks go to the State Library of New South Wales for providing the necessary information.