How algorithms rule our world, Klout doesn’t know Tolkien and why care you should 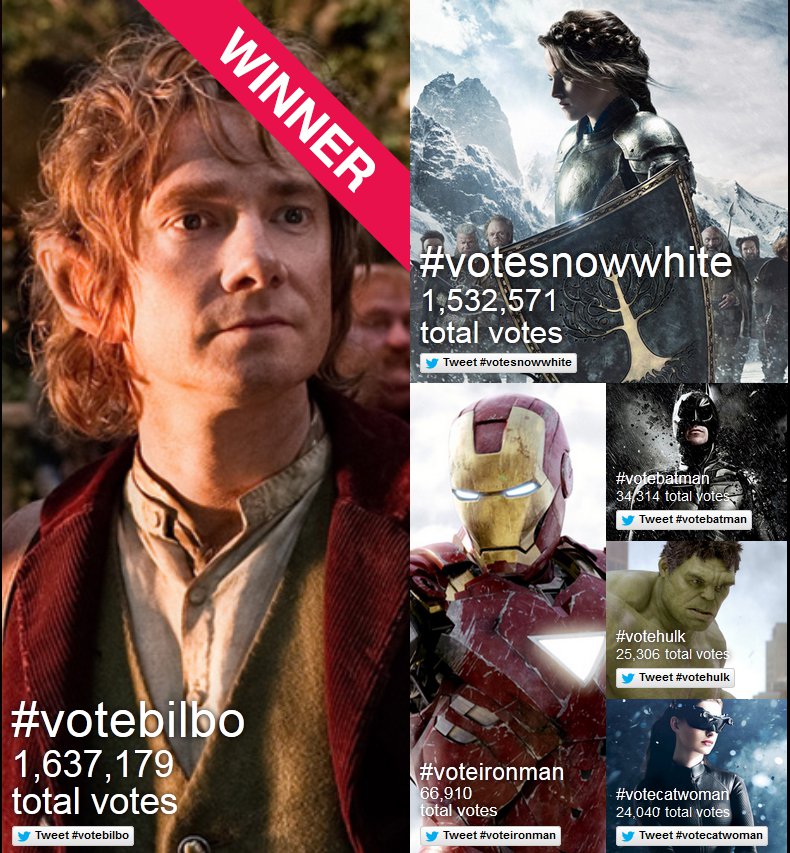 I have been working on developing a social media campaign in recent months to support my continuing work here at the Tolkienist. Although the number of articles is still small, the scope of what I would like to do is vast and I am very glad to see how many fellow Tolkienists from all over the world are happy to share their expertise and experiences all around Middle-earth. And while I was reading some articles on the web, learning more about social media ‘credibility’ I somehow linked the question of algorithms with something that happened a few months ago: Klout removed J.R.R. Tolkien from its roster of topics.

Now, you might be asking yourself ‘who or what the hell is Klout?’ It calls itself the “standard for influence” and is a web service which determines by way of a secret algorithm how influential you are in social media. And this is business, so to speak, as modern day media is becoming ever more ‘social and mobile.’ Again, you might say, what do I care about social media or a company whose software puts together in bits and bytes how your credibility looks like in the digital world?

Well, you won’t probably realise this but algorithms and the social media put together kind of influence everything you can or cannot do in this day and age. When it comes to money an algorithm will probably decide whether you can buy a new mobile phone, a car or a house. Google search has become one of the major avenues into how we receive and understand information and this is, of course, an algorithm (shaping our thinking.) What you do in a social network such as Facebook can be used to determine your intelligence or sexuality, whether you are worth hiring or because of the immense peer pressure it has been building by its success may even force you to join so as not to be suspected a criminal (which really is idiotic but you get the drift.) Have a look at this amazing TED talk by Kevin Slavin and you’ll even better understand the dangers (and, of course, opportunities) of algorithms – like the Flash Crash of 2010 (which to me sounds like the Oracle from the Matrix going head-to-head with Agent Smith’s share selling software.)

Now, Klout is one the companies trying to establish itself as a juror of your social media abilities. As a user you allow Klout access to your social media presences and they, in return, judge the amount of material you put out and the reactions to it on the basis of their own algorithm. I’m at 64 (out of 100) which isn’t bad at all but still miles away from changing worldwide policies with a simple tweet. And one of the reasons I joined this service at the time was that your influence would be judged by the topics you chose for yourself in which you wanted to be “judged”, i.e. you can say you’re a great guy on Beyoncé, Facebook and quantum physics. What topic did I go for? Tolkien research, of course. 🙂

However, in November 2012 Klout revamped its service and dropped this particular topic.

We have revamped our topic system and updated our topic database and cleaned up/improved topics that we felt needed some improvement. Unfortunately, some topics were removed from user’s profiles, such as Tolkien research (…) [Email from Klout Contact]

When I recently checked whether this topic was still not available I made some really nice and entertaining findings I would like to share with you. I started looking for new topics to add and did some of the usual searched. 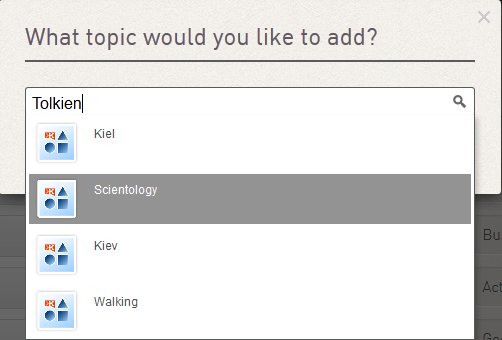 Every time you try to add a topic you get four different options. I don’t really know how those options are found but they seem to be pretty much based on similarities – or not? Why on earth two cities turn up (Kiel in Germany and Kiev in Ukraine) – except for the obvious similarites in the last letters of [Tol]KIEN’s (KIEL/KIEV) name – is beyond me. I like the idea of “walking” as a topic with the Professor as he surely appreciated this (as his friend C.S. Lewis) but “Scientology”, again, is something which I cannot explain, except for the fact the letters “ien” and “to” are in it. 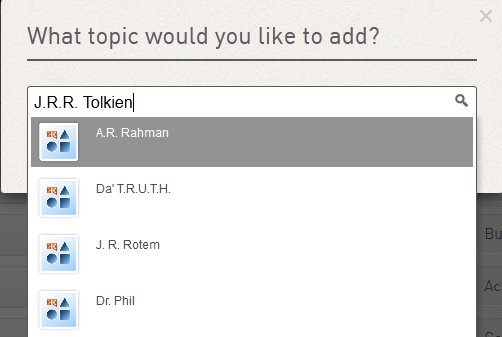 When I saw how Klout seemed to be looking for “relevant topics” *coughcough* I thought I should try it with the initials as well. To my surprise those findings where even more hilarious. A.R. Rahman is a very succesful Indian composer; Da’ T.R.U.T.H. an American Christian rapper; J.R. Rotem is an American producer and song writer and Dr. Phil – don’t even mention him. Walter Tango Foxtrot? However, it didn’t stop there. I then started looking for Tolkien’s most famous publications.

Add topic on Klout: Hobbit, Lord of the Rings, Silmarillion

I suspected a conspiracy by fans of other fandoms ( –> this is a joke! <– ) so I went and looked for some other well-known names. ‘Game of Thrones’ you have already seen, the TV series based on ‘A Song of Ice and Fire’ by George R.R. Martin. And this is when I truly believed in a conspiracy theory. Films and television, yes – but authors?

Searching for ‘George R R Martin’ will leave you with George Soros (money, money, money), George Sampson (from ‘Britain’s Got Talent), George Michael – and George Lucas. There you go! And looking for GRRM will at least give you ‘Grimm’ which has some sort of tenuous link with fantasy literature (and a very good one, actually, with Tolkien) as well as CRM, Digital Rights Management and Farms. Aha.

And what about J. K. Rowling who shot to fame and fortune with her ‘Harry Potter’ series? The same thing here.

The author has disappeared behind the films. Yes, ‘Harry Potter’ is a topic, followed by options as Harry Styles (member of boyband ‘One Direction’), Harry Reid (possibly the Scottish author and journalist) and Pottermore, the online attempt at making ‘Harry Potter’ last for fans (and which has not really worked.) J. K. Rowling cannot be found, rather it is about bowling, Klingon, Rowing or Curling. Rather sporty, there.

Now, one could possibly argue this Klout thing is about judging somebody’s social media presence. Tolkien has been dead almost fourty years now, J.K. Rowling does tweet every couple of months and George R.R. Martin is so old-school he does not really bother. However, as I said before, as social media become ever more important to everyday life, particularly to new generations of readers, it is quite obvious the whole concept of an author as a writer of books and the only important person to talk about has come and gone. Nowadays, films and television series in cooperation with a digital flood of audiovisual material and the fact everyone can share this has led to a supremacy of these channels of distribution. So it is quite logical for something like Klout to look for those topics which are ‘relevant’, i.e. the biggest, the loudest, the ones shared most in social media. ‘#votebilbo’, the hashtag winning this year’s MTV Movie Awards category ‘best hero’ for Bilbo Baggins (from the films, obviously) showed that a film-related topic can get many people to vote for it but I don’t think the hashtag #tolkien will garner that much interest (this contest showed the future of online participation: tweet bots, mass tweets by major players using their powers to increase their online presence but also some very creative ideas on how to promote an online sujet – by fans.)

Enter ‘Hobbit’ as a search term in Google. With me the film trilogy is already well above any book mentions – and the films aren’t even finished yet. Times, they are a-changing.

Update Thanks to the suggestion of Vivien Stocker (merci bien pour ca) I quickly checked the authors listed on Wikipedia’s page of best-selling books selling more than 50 million copies; this list was used for no other reason than having a quick look at some relevant names.

Update II Klout proved itself to be one of the companies once mighty and proud ‘on the internet’ only to disappear after a few years. The service was closed down in 2018 – but today social media analytics have long left their innocent years of youth and have become professionals shaping our everyday lives. Not necessarily for the better.