Now even the Pope is a Tolkien fan? 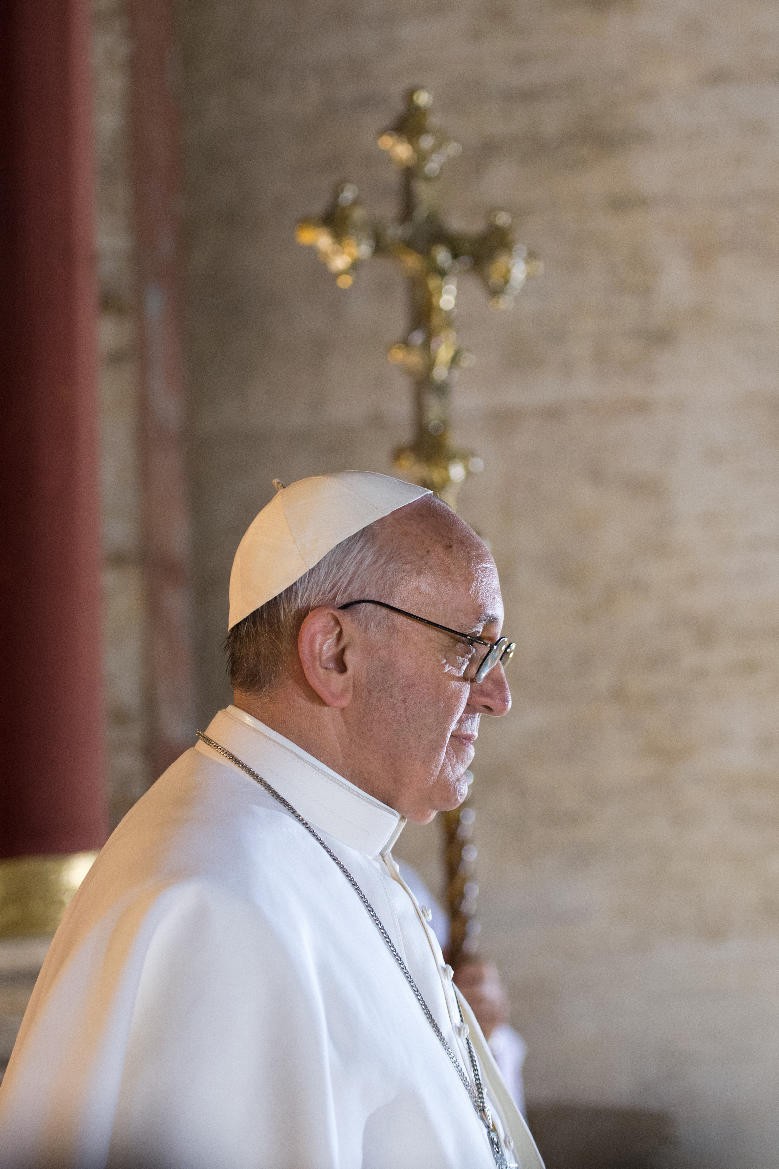 As you may have noticed from some of my posts I am a bit of a Tolkien fan. I’ve taken an interest in his life and works and modern fantasy literature in general for 25 years now and it has always been a very pleasant experience to see what wonderful, bright and charming people share my interest in The Lord of the Rings, The Hobbit and The Silmarillion (and many more books most people don’t really know about – yet.) One of them is Pieter Collier of TolkienLibrary.com and he issued a list of famous Tolkien fans in 2011 and when I first saw this I quite liked the idea. It is nice to finally see your author being appreciated by the Bold and the Beautiful.

However, even with this particular list I wasn’t quite happy. Now, Queen Margrethe II is an asset, having done illustrations inspired by Tolkien’s works which later on she kindly granted permission to be used for the covers of the amazing Tolkien Ensemble CD’s. Árpád Göncz, the former president of Hungary, is an impressive addition to the list and yes, even Stephen Colbert seems to know his Tolkien. No, we don’t have to mention Sir Christopher Lee (who is the only one of the film trilogy’s cast to have actually met the Professor!) because this man is the bomb!

But then things turn into a direction I wouldn’t be happy to follow. Nicholas Cage? Megan Fox who in the very quote used at the Tolkien Library shows she doesn’t know her Tolkien (how can anyone eat Lembas bread in the Mines of Moria if they get it in Lórien first?) And even though I appreciate football like anybody else I don’t see tattooing myself using the Tengwar script wrongly as the best thing I can do right now. And hunting down famous Tolkien fans is fun, in a sense, but even though liking ‘Lord of the Rings’ on Facebook is supposed to be a sign of a high IQ I don’t really want each and everyone out there to be a Tolkienist 🙂 There, I said it. And why? Because many people like Tolkien’s writings for the wrong reasons and because many didn’t really understand them – at least, that is my impression from many years of being part of the Tolkien fandom.

The hunt for Tolkien fans (not to be mistaken with the amazing fan project The Hunt for Gollum) has now found another victim and none other than Pope Francis himself. In an article in Italian blog Inoltre published March 16th, 2013, Pope Francis is said to have mentioned Tolkien as an influential writer worth reading in his Easter message to teachers in Argentine of 2008 (then still Cardinal Bergoglio). He also names Borges, Hölderlin and Dostojewski in that particular message which is about the way of man throughout his or her life and the choice between good and evil – in Spanish called “hombre en camino” – ‘learning to walk with God’ might possibly be a translation. I’d love my friends at the Spanish Tolkien Society to provide a translation of this and see what they make of it.

If there are no other mentions found of J.R.R. Tolkien’s legacy used in Pope Francis’ I will consider this a one time opportunity of a learned man to use one of mankind’s most cherished stories to prove a point even if I don’t necessarily share his faith. Until then …

If you speak Portuguese do head on over to the friendly people at TolkienBrasil.com who have also written about it at length.

And P.S.: No, I will not go into the whole ‘J.R.R. Tolkien was a devout Catholic!’ thing. Everyone appreciative of Tolkien knows where to put faith, theology and literature. At least we all should.