Why Easter is your chance to meet some dwarves, Radagast, Jay Johnstone, LotRProject and the Tolkienist – at HobbitCon! 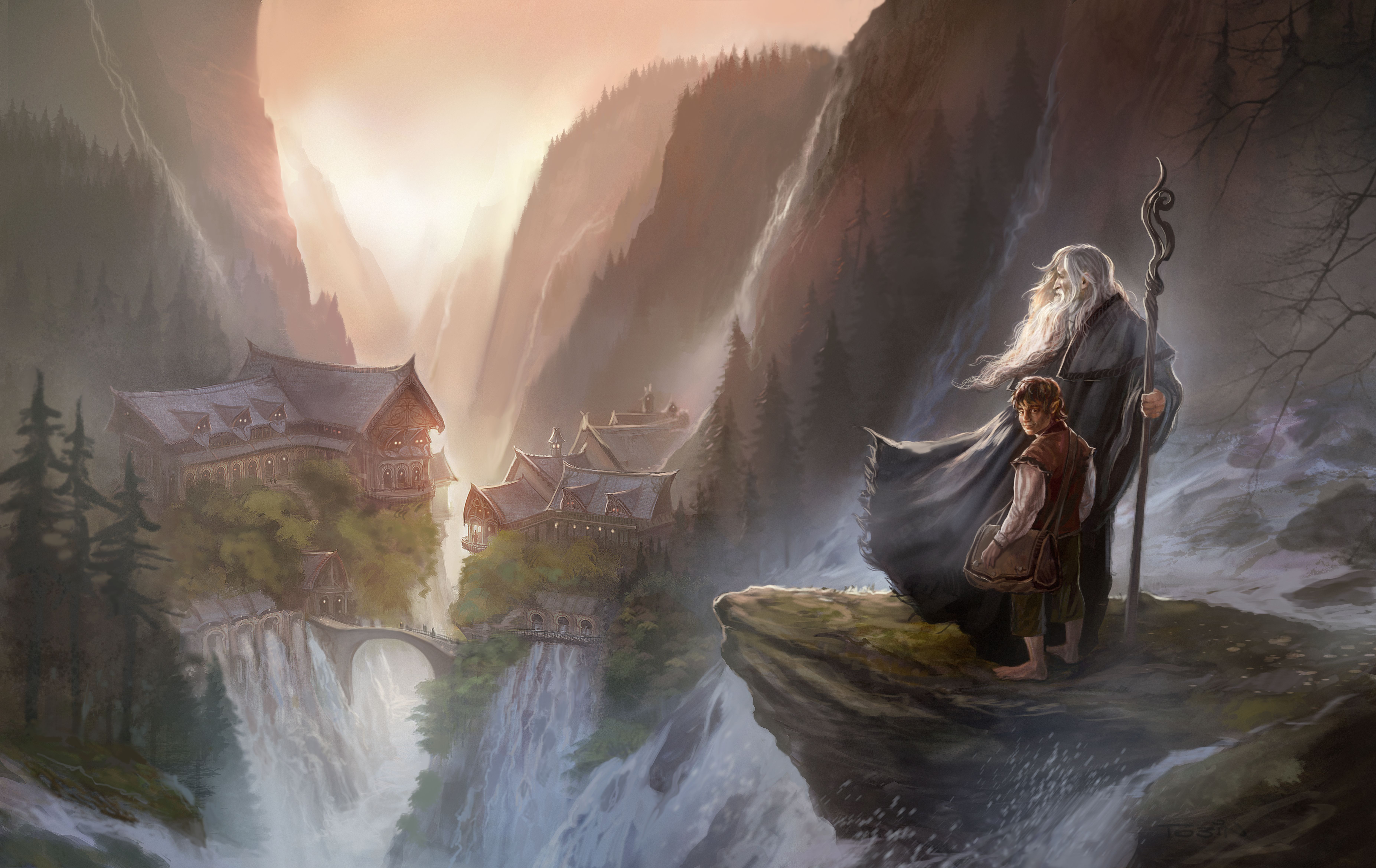 If you take an interest in Sci-Fi/ fantasy literature and films and like to enjoy your hobby on major conventions then you will have heard of FedCon and Ring*Con in Germany. If not it is high time to check them out and maybe think about participating in a new and exciting venture called HobbitCon (a Ring*Con special.) Next weekend a bunch of dwarves, one of the wizards living in Middle-earth in the Third Age, outstanding artists, experts and two visitors from WETA Workshop itself will be coming together to celebrate one of the most successful children’s books of all times, J.R.R. Tolkien’s The Hobbit, and Peter Jackson’s adaptation of this timeless classic.

Dwarven power and one of the Istari

Radagast and some dwarves (c) Warner Bros. and respective owners

Yes, HobbitCon is serious when it talks about inviting people from the Hobbit film trilogy and this picture is there to prove it. As of now I know of no other convention in the next couple of months who will let you see all of these guys together and it is going to be great fun. If you still have some problems keeping them all apart there is someone who can easily help you and this is Emil Johansson of LotRProject.com who has been invited as a guest speaker – I will be giving a talk with him so show up!

Know thy Dwarves and be happy – LotRProject.com 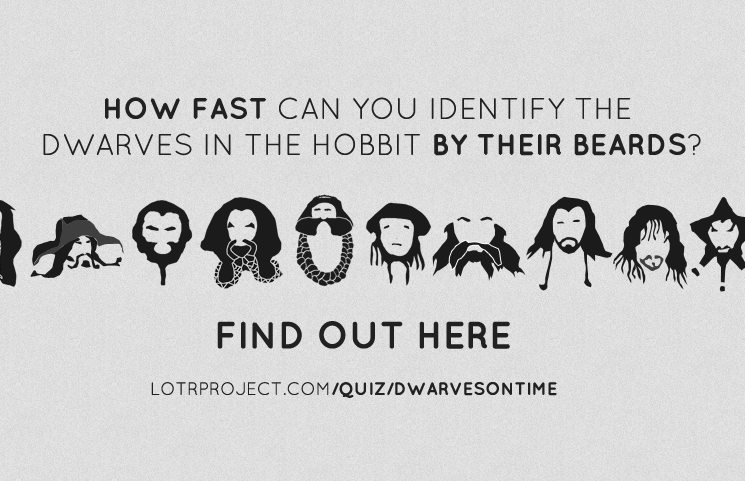 How fast can you … (c) LotRProject.com

He has done a quick quiz where you can find out whether you know your dwarves well enough! And no, I am not telling you how fast I am. *g* Emil’s LotRProject has been quoted in the Smithsonian Magazine, WIRED, CNN Geekout, Guardian and Huffington Post and more and it was high time he joined in the fun that is RingCon and HobbitCon! We’ll be talking about genealogies, timelines, Dwarven haircuts and …. well, that is going to be a surprise for you.

Jay burst onto the Tolkien art scene last year with a major exhibition at one of the largest Tolkien conferences ever, Return of the Ring, organised by the Tolkien Society at the University of Loughborough. His unique and fresh approach to Middle-earth astounded everyone and he has gone from strength to strength – he was artist guest of honour at this year’s TheOneRing.net Oscar(c) party and exhibition and will be at DragonCon this year (as well as many other events, particularly in Germany thanks to the welcoming support of the German Tolkien Society.) He will be bringing all new material to HobbitCon so you should check out his website – and come to HobbitCon, obviously! 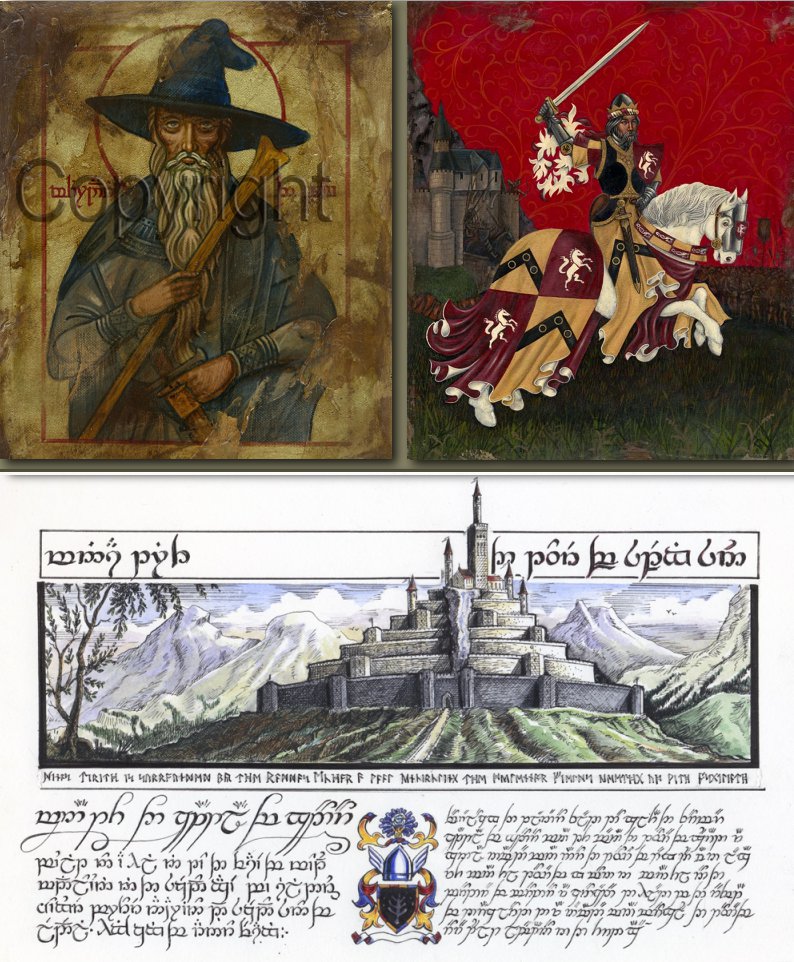 Some of (c) Jay Johnstone’s artwork

And last but not least – the Tolkienist himself

Yes, I’ll be joining in this extravaganza as well. For those of you who don’t know – I developed the original concept for Ring*Con many years ago with my buddy Stefan Servos from Germany’s best film trilogy website, Herr-der-Ringe-Film.de, and we’ve been participating in it for years now, including this very RingCon Special – HobbitCon. It’s been a blast and we’re really proud that HobbitCon will not only be having great actors but also people from behind the camera, DEFCON Unlimited doing stunt workshops (and maybe bringing Azog with them :)), the German Tolkien Society promoting J.R.R. Tolkien and his works, and many other outstanding talents to make this a great three-day-ride.

I’ll be doing a thing together with Emil on Saturday (the preliminary program is up) and a talk in German called “If the Balrog is the least of your problems…” You may also find me at the booth of Herr-der-Ringe-Film.de explaining a couple of boardgames and generally being the Tolkien-go-to-guy 🙂 Expect me at the German Tolkien Society’s party (and some other parties as well) and soak up the atmosphere of Middle-earth.

Note: All pictures belong to their respective (c) owners. This site is in no way affiliated with Warner Bros., Middle-earth Enterprises or the Tolkien Estate. Tower Print font used by permission (MIT/ X11); eNews theme by Elegantthemes.com; “Approach to Rivendell” – (c) Paul Tubin.