While watching The Hobbit: An Unexpected Journey I could not help but think of two other modern film and tv series characters of influence and importance – and their beards. Although I appreciate Richard Armitage’s rendition of Thorin Oakenshield (despite its obvious shortcomings in comparison with real Thorin) I had to think of some serious looking warriors from the past and the future. Well, have a look for yourself 😉

And to be honest – it is my first attempt to see what 9gag can do to your social media attention. 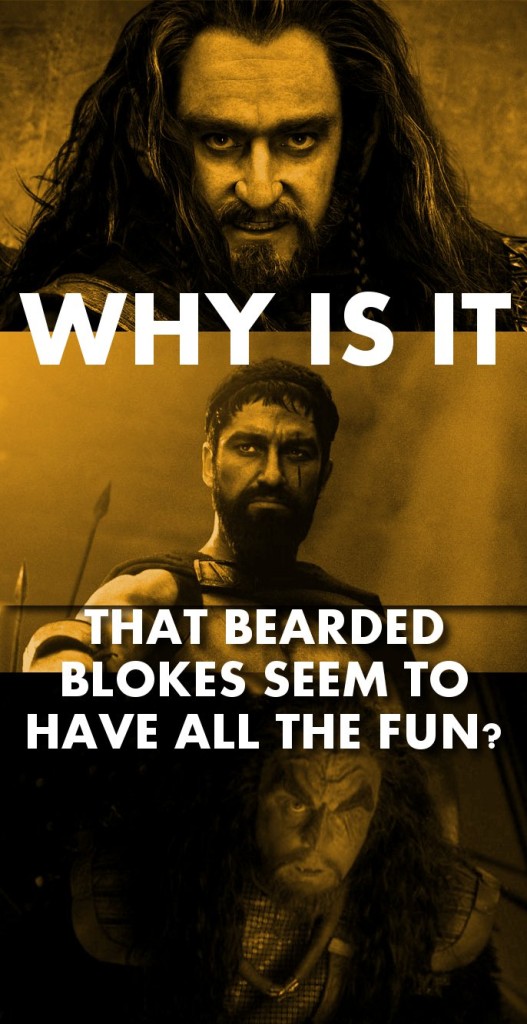 Why is it that bearded blokes seem to have all the fun?