Why “The Hobbit” is more than just the sum of its parts. A film review – spoiler alert. 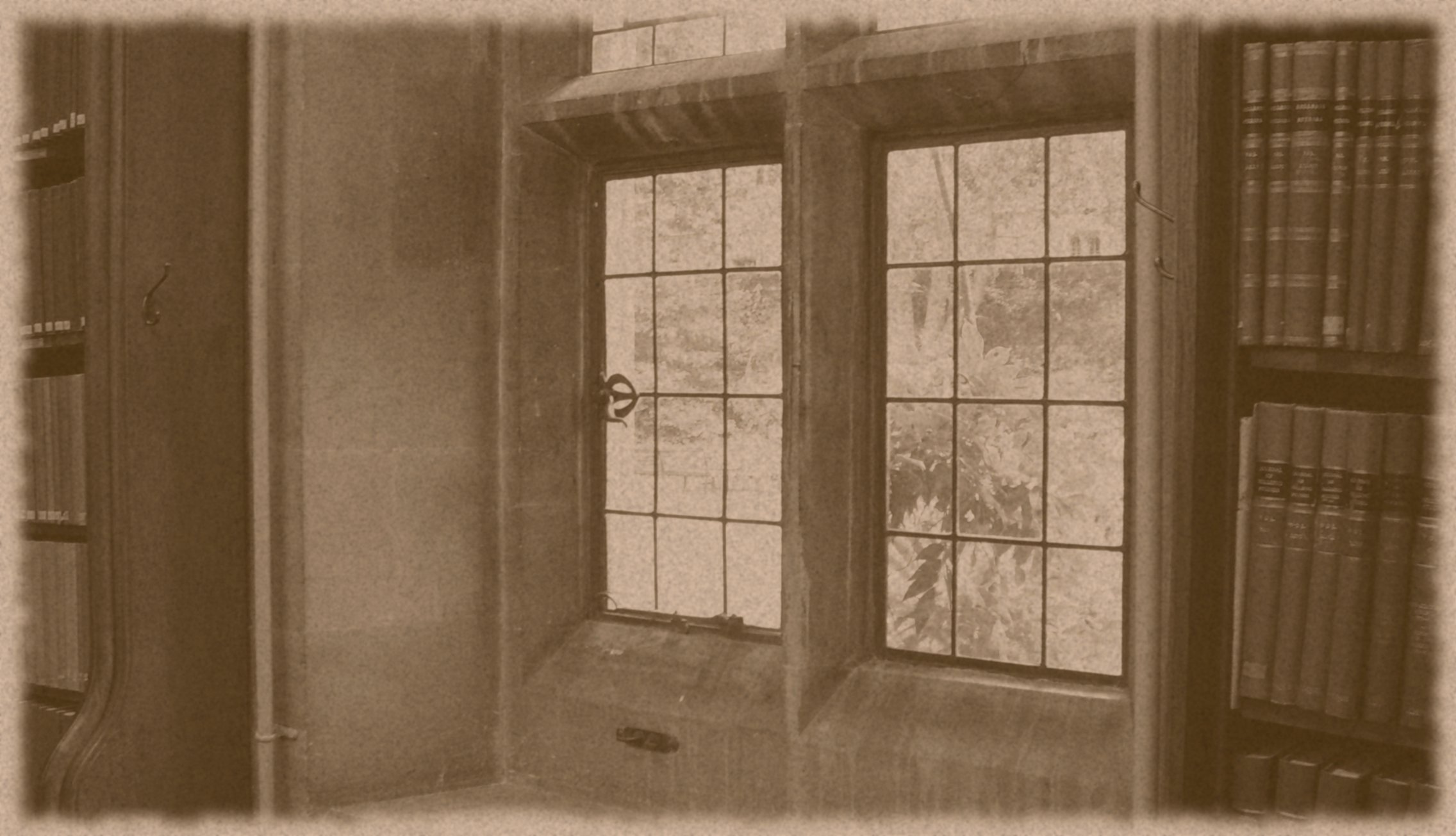 This is a three-part article on The Hobbit: An Unexpected Journey or rather: a collection of random first impressions. The first part is a more general comment on the film as a literary adaptation, the second is on the film as such and the third about the consequences to Tolkien fandom.

Today I have seen The Hobbit: An Unexpected Journey. I never found it to be boring, I saw some of my favourite characters in Tolkien’s stories, I even caught a short glimpse of Smaug, the greatest of calamities. I saw and heard things that I had been expecting to see for many years and still I never felt the same thrill I experienced when watching The Lord of the Rings: The Fellowship of the Ring. And that is where the problem lies: I’ve seen it all before.

I am what others probably call a book purist, a term I have never truly understood as there is no purity to be found in books but stories I appreciate and some which I love. I consider films as literary adaptations as one of the most difficult films you could be doing for a multitude of reasons but if you really have to try your hand at J.R.R. Tolkien’s timeless classics The Lord of the Rings and The Hobbit you’ll have to get over a pretty impressive bar in the first place. Why? Because these stories have been loved for more than five decades now, by millions of readers, have inspired artists, designers, game developers, stage producers, musicians and all sorts of other folk to come up with their own Middle-earthian ideas. A gargantuan task, to say the least.

And then came Peter Jackson. He changed Tolkien fandom (which to the world as such is probably of a lower order), changed Hollywood and modern film-making (a rather impressive feat) and has become a bane to all those appreciating fantasy literature (i.e. who love Tolkien’s tales and beyond.) Today, millions of people will be watching a film which has rendered its original superflous, has turned its percentage in the marketing chain to a very low figure and obscured an author who is the most popular of the 20th century: J.R.R. Tolkien.

O my, the sacrosanct Bible of those nerds. Just enjoy the films, will ya? Some people will probably think like that and I can’t really blame them for it. Again I can’t really understand the whole Bible argument as I don’t believe in religion as such; to me Middle-earth is an imaginary realm which I love to visit and talk about but in the end it really is just imagination. And that is what it is all about – using your imagination. Something which literature has been promoting for centuries now and which a film does not do, at least not on the same terms. It is a visual medium, blanking out your very own imagination. And this has happened again with The Hobbit.

Yes, I find it hilarious that Thranduil riding an elk only needs to raise an eyebrow and turn away from a mad dwarf asking him for help against a dragon to make him a life-long enemy. I just happen to know the real reason for the hatred between the kindreds and I know it would be impossible to squeeze even into ten films.

Yes, I love Radagast being played like a half-wit, chasing around on a rabbit-drawn sledge, bird poo running down his cheek but still being bright enough to defend himself against the Witch-king of Angmar (?) I just happen to know that Radagast is a Maia of incredible skills and powers, in the same order as Saruman and Gandalf (they’re just being snobbish towards him.)

Yes, I don’t mind Azog, the Defiler (?), being resurrected just so he can hunt down Thorin & Co., including a bunch of wargs (?) which are much cooler than the ones in LotR. I just happen to believe that the story leading up to the Battle of Nanduhirion is so much more interesting, much more gripping than showing a two minute hack and slay vid of Azog losing his hand.

As with The Lord of the Rings this film is fan-fiction on the big screen – adding scenes on the White Council, adding the hunt for Thorin & Co. to quicken the pace, embellishing Azog’s minor role in the Legendarium‘s story to have a bad guy. I don’t really understand any of the media hype claiming that PJ again stuck to story – he never did so with his first trilogy, he won’t do it with the second. The pace of The Hobbit, the missing role of the narrator, the missing fairy-story, bedtime-story feel has given way to the dramatization a film close to three hours of length probably needs. It just isn’t a literary adaptation – it is a blockbuster-themed rollercoaster ride of special effects, sexy dwarves, chases and near-lethal challenges to everyone involved. And don’t even start me on neo-khuzdul!

The trick is to use characters, lines from the text and allusions to make people believe you are true to the story. However, simply changing the order of events or some of the lines does not make this a literary adaptation – it just makes you a very successful director capable of make-believe. The story originally developped by J.R.R. Tolkien who told it to his kids (very attentive listeners) is a children’s story, not a LotR 2.0, based on the film trilogy.

2. Why The Hobbit is a damn hot ride.

Man, I don’t even know where to begin. Starting off with the ruin of Dale, the attack of Smaug, the scattering of the people of Erebor – booyah! The pure comedy of the Dwarves at Bilbo Baggins’ place throwing around his plates – hilarious. The fights, all of them! Sexy Dwarves, amazing Thranduil, cool Elrond, gorgeous Galadriel and Saruman returned! Booyah, part 2! And Azalnulbizar! Woohoo! (Why didn’t they show the Balrog???)

Jackson and his crew have managed to squeeze almost everything of the story happening until the Carrock into this very first film: Bag End, trolls, Rivendell, the Great Goblin, stone giants, Eagles. In the riddle scene with Gollum I wouldn’t have been surprised if they had taken all of them (they didn’t but still fun to watch!) All of this deftly mixed, subtly using 3D elements without pushing this too far. I have only seen the 24fps version as of now so a future review will have to compare this with 48 fps.

The cast are a perfect match, including Martin Freeman who makes Bilbo very believable: doubtful at first but growing in time. Ian McKellen is his gandalfy greatness again and could Cate Blanchett be any more perfect? It seems impossible. And seeing Christopher Lee again alone would be reason enough to watch this film. Not a fan of Agent Smith but that’s my very own problem 😉

The story takes some time to really get going but as I said before I never felt bored. The imagery is outstanding, thanks to Alan Lee and John Howe (again); however I felt the music was strangely subdued in comparison to Shore’s magnificent score in LotR. The special effects – if they don’t win an Oscar(c) I’d be surprised!

3. Why The Hobbit will, just like LotR, change fandom. Again.

There have been a number of generations of Tolkien fans in the last fifty to sixty years. What they had in common was the love for the books and the books were the primary material to deal with. Yes, there were roleplaying games, radio plays and wonderful illustrators of Middle-earth but the book always came first.

With the digital revolution this is being changed forever, with some sceptics even arguing that reading as a cultural skill has no future. With the internet came forums and huge websites promoting interest in the films. With George Lucas and Star Wars came the marketing chain, focussing solely on maximum revenues to the detriment of the original product: the story. Nowadays, a book no longer is the most (or even only) important thing – it just is one of the things to find in your favourite shop, besides games, clothes, jewellry and hot chocolate promoted by dwarves.

The LotR film trilogy invented a new group of fans (although substantial research is still lacking) who came in from the films – and then learned about the books. Some still haven’t read the books or don’t appreciate the author. And that development will increase in speed and numbers with The Hobbit. The old school fans will have to adapt to those interests or vanish.

I would like to remind you of my article on “Why the ‘film purists’ and the ‘book purists’ will never understand each other – on how (not) to appreciate Peter Jackson’s work.” Might be worth reading, too.