“In a hole in the ground, there lived a hobbit.” This sentence is without any doubt the best reason why one should read The Hobbit, and the simple fact of quoting these magical words gives me the feeling I could not possibly find a better way to contribute to this column. What else could I add? J.R.R. Tolkien’s sentence is now one of the most famous opening lines in the history of literature – forever immortalized in the House of Fame with Claude Levi Strauss’s incipit in Tristes tropiques – and yet, despite its enchanting rhythm and perfect balance, this sentence is merely the promise of countless hours of delights.

Of course, movies often produce a similar effect and have allowed generations of viewers to escape the dreariest moments of their lives. I know what you think. Why read then? If The Hobbit is being adapted into several movies, there is no reason why someone should spend so much time on a book. Well, the answer is rather simple actually. You should read it, because the movies are an adaptation; that is to say, another man’s vision of Tolkien’s work. If you agree to follow Gandalf, Thorin and Company into Bag End for an unexpected and mad tea party, you will not only be introduced to a world of infinite beauty, but you will also become one of its actors. Indeed, a filmmaker – by definition – shows you everything. Tolkien does not. He allows your mind to fill the gaps left in the fabric of his creation: just like Sir Arthur Conan Doyle in his Sherlock Holmes stories, he mentions elements of the background, adventures and wars that apparently everybody knows about except you. The effect of such a narrative device is to create instantly a sense of depth that would usually require hundreds of pages of descriptions, but also to gently introduce the reader to the mythology of Middle-earth. Do not wait to see the glory of the battle of the Fives Armies, the darkness of Gollum’s cave or the magnificence of Smaug the Golden, but join them in your mind’s eye and take part in one of the greatest adventures the past century offered to us. 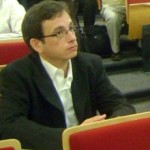 The Hobbit is a threshold; it is Bilbo’s front door. If Oscar Wilde was right, if we are all in the gutter, then I can think of no reason why you would not follow Bilbo and, one cloudless night, in the eternal haven of Rivendell, start imagining your own stars.

Jonathan Fruoco is a PhD Candidate in languages, literature and human science at the Université de Grenoble, France. His special interest is with C.S. Lewis and his friends and associates such as, of course, J.R.R. Tolkien.