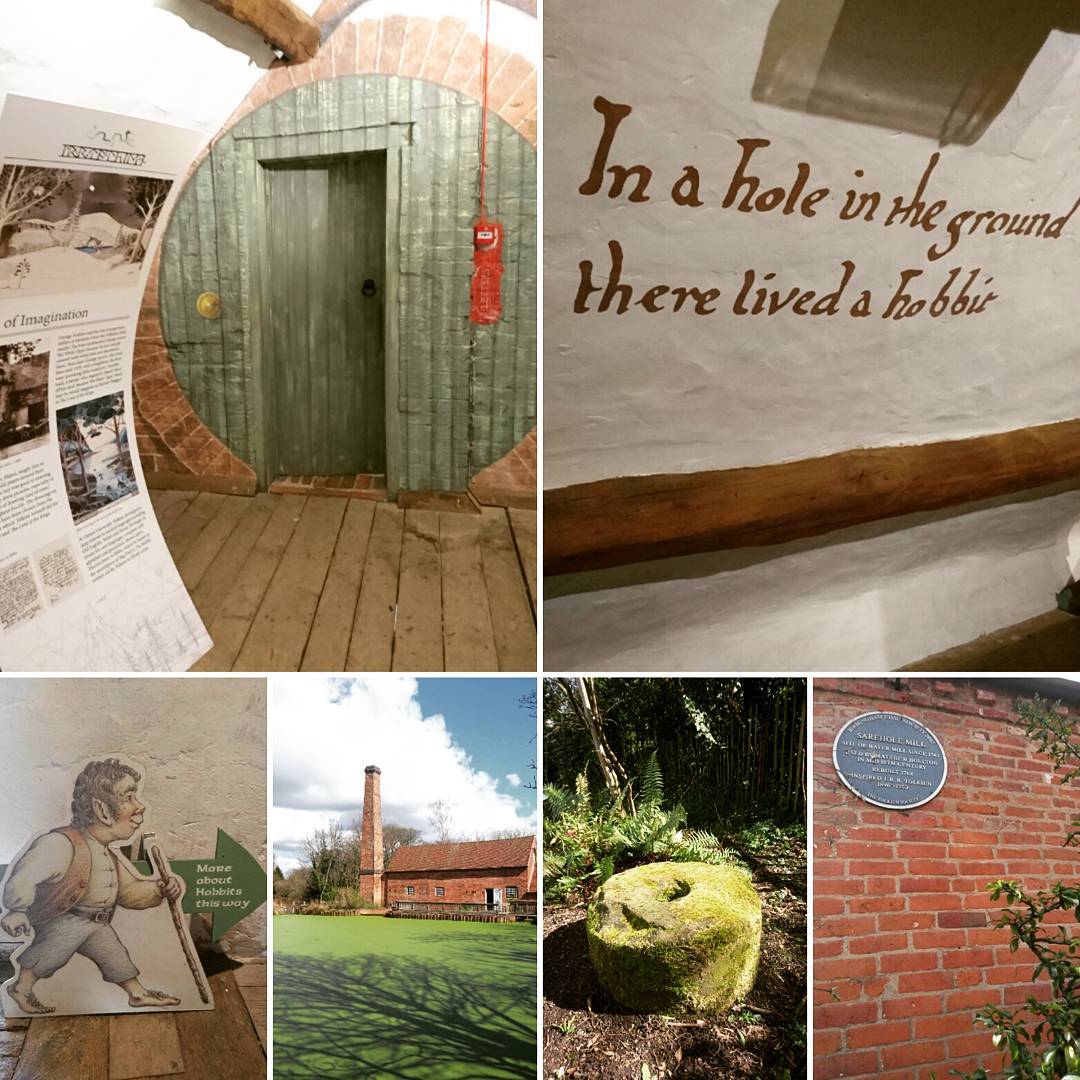 The Tolkien Society is celebrating its 50th anniversary with a party of special magnificence: Tolkien 2019 is happening in Birmingham from August 7 – 11, 2019, and I have the honour and pleasure of being a speaker, a panelist, and part of a comedy show (à la surprise!) in the town Tolkien grew up in. This is my Day 3 Report!

I’ve made it a point to post a picture early in the morning welcoming the attendees of this amazing conference while I am having breakfast on Victoria Square.

I know there is so much happening at the conference it seems impossible to do anything else.

I managed to get my copy of Tolkien: Maker of Middle-earth signed by its editor, Catherine McIlwaine, the curator of the exhibition at Oxford. As I translated it into German with my colleague Dr. Helmut Pesch I took my German copy with me, of course!

Then it was time for my friend Jeremy’s talk about how Tolkien reacted to others’ Middle-earth, and it was absolutely excellent. There were a number of pictures I had not seen before.

Lauren Martin-Gomez’ wonderful presentation on her ongoing PhD work on the fandoms in France, the US and the UK was followed by a hop on over to Brian Sibley who presented a tour de force of his creative work through the decades, heavily spices with anecdotes from behind the camera. P.S. He can also do a pretty good Sir Christopher Lee 🙂

I managed to find the USB stick with my presentation which I had mislaid during the day and needed a cup of coffee with fellow countrywoman Canamarth and Thomas Honegger of Walking Tree publishers for a short break, talking, of course, about Tolkien and many other things.

Then it was time for my talk of this conference and when I came to the room Diamond (which I quite like, it’s very silmarilly, you know!) there was such a long queue we had to squeeze people into back, add additional chairs and have people sit on the floor. Some people had to be turned away, unfortunately.

I promised to end in time as the banquet followed which saw Catherine McIlwaine honoured for her contribution to Tolkien Studies and members awarded badges for 10 and 25 years of membership (besides food and drink, of course :)) and I kept my promise!

After many nice chats on the round tables of the banquet me and a couple of friends went down to the Bacchus bar to chat and have a few pints. And when that closed we walked through one of Bham’s party districts for a very last pint which led to the fact that it’s EVEN LATER than the last couple of days. Darn! 😉