Not a Tolkien quote: You can only come to the morning through the shadow

One of the series with the Tolkienist is called Things J.R.R. Tolkien has never said, done, written or had anything to do with. Its task is to enlighten you on things the Professor is supposed to have said and/or done, things which sound as if he could have said or written them down and/or downright misattributions. This series will never find an end as the internet is a place where misinformation abounds. Time for another installment …and another line which does sound as if it could have come from J.R.R. Tolkien:

And in fact it is rather close to a line you will find in The Lord of the Rings, that is with The Two Towers, Book IV, Chapter 2, called “The Passage of the Marshes”.

[su_pullquote]For a while they stood there, like men on the edge of a sleep where nightmare lurks, holding it off, though they know that they can only come to morning through the shadows.[/su_pullquote] In this chapter Frodo and Sam are on their way through the Dead Marshes, guided by Gollum, to reach Mordor. They have by this point passed the ‘tricksy lights’ of the dead warriors which fell at the Battle of Dagorlad, a Nazgûl has flown high above them and they have come to the ‘desolation that lay before Mordor (…)’ It is a sight so disgusting, so full of despair that Sam is forced to say: “I feel sick.” There is no hopefulness, no light at the end of the tunnel, no happy thoughts. Unfortunately, this shortened/ changed quote is usually used in an inspirational manner.

[su_quote cite=”J.R.R. Tolkien. LotR. Book IV, Chp. 2.”]At last, on the fifth morning since they took the road with Gollum, they halted once more. Before them dark in the dawn the great mountains reached up to roofs of smoke and cloud. Out from their feet were flung huge buttresses and broken hills that were now at the nearest scarce a dozen miles away. Frodo looked round in horror. Dreadful as the Dead Marshes had been, and the arid moors of the Noman-lands, more loathsome far was the country that the crawling day now slowly unveiled to his shrinking eyes. Even to the Mere of Dead Faces some haggard phantom of green spring would come; but here neither spring nor summer would ever come again. Here nothing lived, not even the leprous growths that feed on rottenness. The gasping pools were choked with ash and crawling muds, sickly white and grey, as if the mountains had vomited the filth of their entrails upon the lands about. High mounds of crushed and powdered rock, great cones of earth fire-blasted and poison-stained, stood like an obscene graveyard in endless rows, slowly revealed in the reluctant light.[/su_quote]

You might ask why such a ‘small change’ to the original text is worth such a blog post. Well, for a very simple reason – it changes the whole outlook of this line. By taking it out of context and changing it subtly it is taken away from its deeper meaning. Tolkien himself, when asked for some of his inspirational sources, answered Professor L. W. Forster in a letter dated 31 December 1960:

[su_quote cite=”J.R.R. Tolkien. L. No. 226.”]The Dead Marshes and the approaches to the Morannon owe something to Northern France after the Battle of the Somme.[/su_quote] 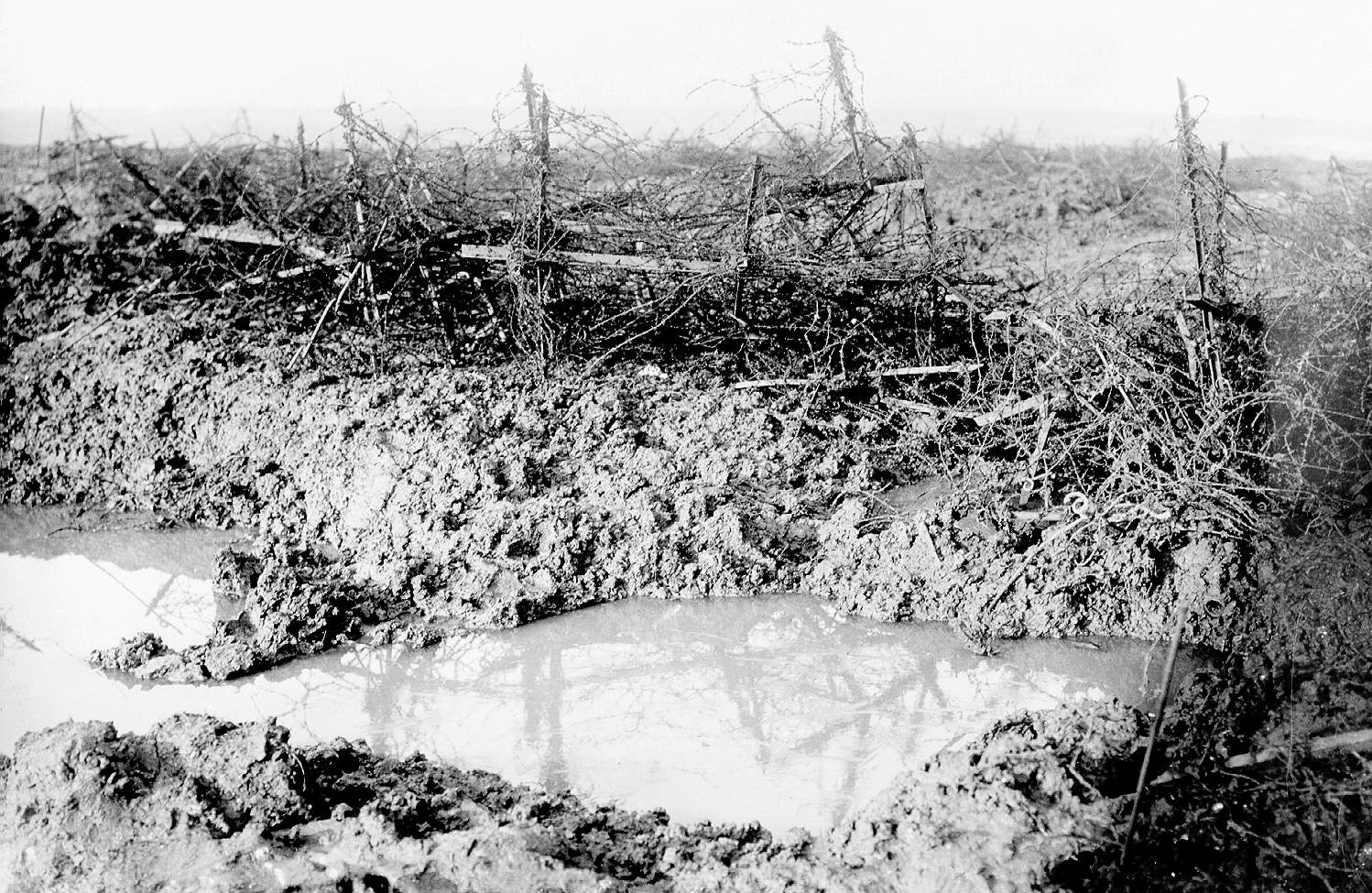 Would you think of an image like this with: ‘You can only come to the morning through the shadow’? Please only use full quotes with the Professor’s works – they are worth it!

Tags: Battle of the SommeDagorladLord of the RingsMordorquotesTolkienWorld War I