To some out there it may sound like hyperbole but to me who has seen this live this statement simply has to be true: the team of 50.000 Orcs are the creators of the largest fantasy dioramas in the world. And no, they didn’t stop at putting 50,000 figurines on the table, I can tell you. They just keep going and for this year’s Ring*Con they are coming up with another awesome display: The Muster of Rohan and the Battle for Taurdal. 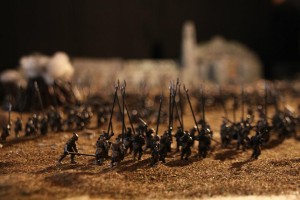 “Hail, Lord of the Rohirrim, friend of Gondor! Hirgon I am, errand-rider of Denethor, who bring you this token of war. Gondor is in great need. Often the Rohirrim have aided us, but now the Lord Denethor asks for all your strength and all your speed, lest Gondor fall at last.”

(And Théoden replied: ) “We will come… six thousands at the least shall ride behind me. For say to Denethor that in this hour the King of the Mark himself will come down to the land of Gondor, though maybe he will not ride back.” J.R.R. Tolkien. The Lord of the Rings. The Return of the King, Book 5, Chapter 3.

Adding to the already existing dioramas is the “Muster of Rohan”; every single character developed, coloured and placed with greatest attention to detail. Every tent, waggon and forge hand-assembled at 1/72 scale. And just to give you an idea what the team will be using:

And not to forget: With “The Battle for Taurdal” the team will be celebrating one of the best Tolkien-related film projects in recent years, Born of Hope. And yes, the filmmaker behind all of this, Kate Madison, will be at Ring*Con, too. 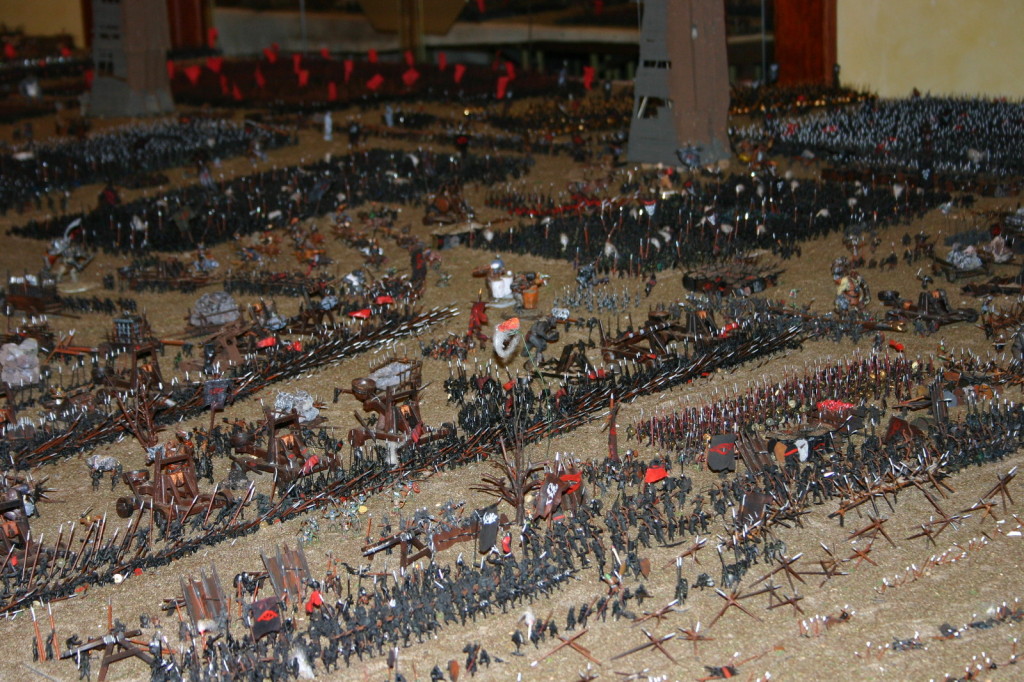 It is impossible to count the manhours these people have spent on creating this kind of presentation. If you ask me Peter Herfen and his team are a bunch of nutters but they are definitely among the most devoted, talented and passionate people I have ever met. Their project has been running for years and it could use your help now as you may imagine those figurines, the painting and building materials come at a cost. 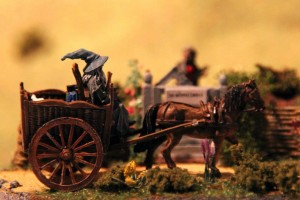 Guess who’s coming for a visit? Gandalf himself.

This is your opportunity to place one (or more) of the figurines with your name permanently assigned to those figurines in exchange for a sponsorship donation! Every character can be identified and will be noted in the permanent records of the diorama and displayed proudly at every viewing. For as little as €10,- you, too, can join the epic battle to save Gondor and return the King of Gondor to the throne. Don’t miss this opportunity to be part of a great battle and support a great project! Come join the Muster at Ring*Con 2013 or contact them online!

And yes, if you want you can spend more than €10. The team is specialised in individualising figurines according to your wishes. The bigger, the better! 🙂 See you at Ring*Con!

We would like to thank our numerous friends and those companies who have supported our project in various ways, especially: Fa. Kamar Figuren, Fa. Kai Fuhrmann Figuren, Schildschmiede.de, Finnsland HDR Ebay Shop, Games Workshop, Germany. Moreover we would like to thank the organizers of RingCon, Team Fellow-ship (especially Rebecca and Heike), Dúnedain Germany, Becky Dillon, Marcus Offermanns and Gerd Schäfer for supporting our project.