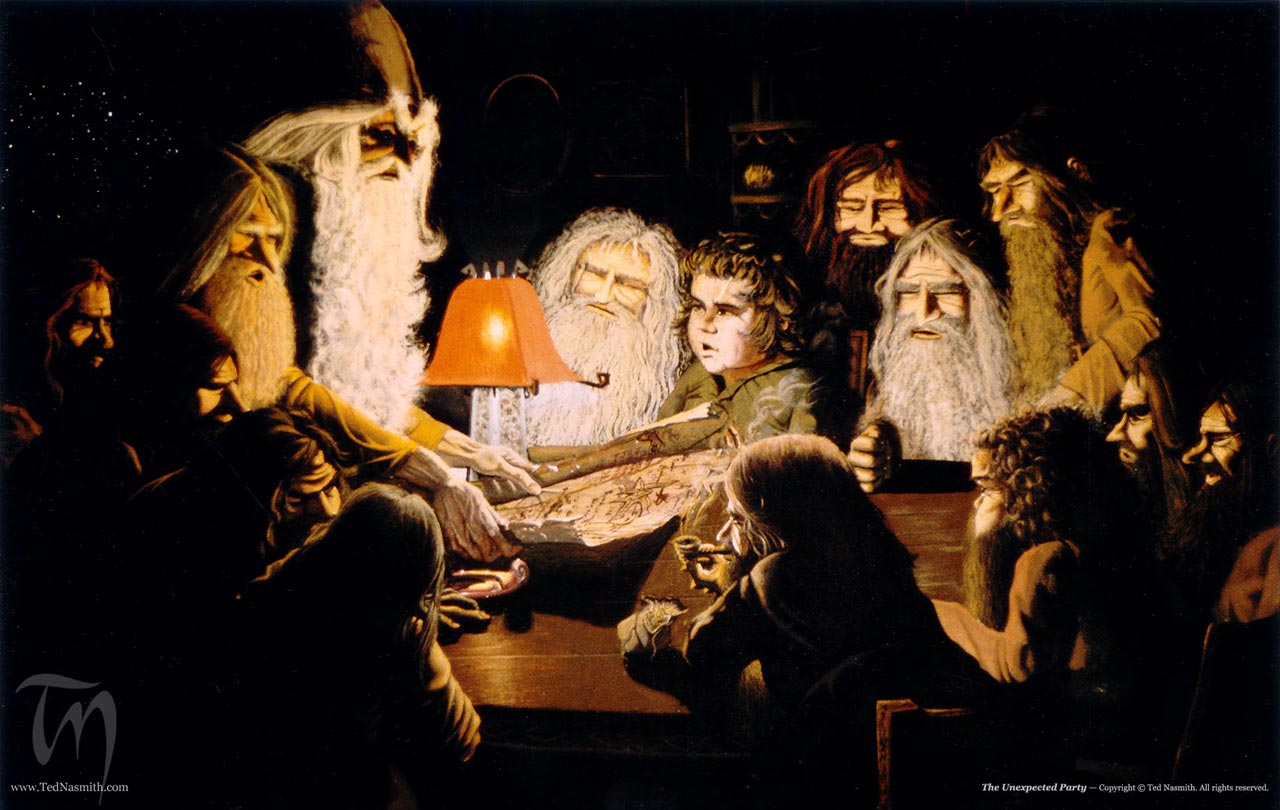 A high-speed journey through the musical world of JRR Tolkien’s Middle-earth. 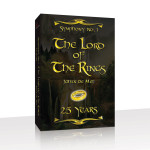 My first contact with Tolkien-inspired music dates back to the late 1980s, even though I can hardly remember it. I must have been nine or ten years old back then. I was watching TV with my parents seeing a performance of Military Bands. Later I would discover that it was the Dutch composer Johan de Meij’s Symphony No. 1 (The Lord of the Rings) I’d heard. I didn’t discover its connection with Tolkien until I started reading the books at the end of the 1990s. A classmate, Bart Boon, with whom I was talking about the books, had a recording of De Meij’s symphony and lent this to me. From that moment onwards I started collecting Tolkien inspired music. Though it is far from complete I guess I still have quite a nice collection of Tolkien-inspired music, over one hundred albums.

Once you start collecting you find the most interesting material, but be warned, not everything is enjoyable for Tolkien enthusiasts. Some material is blunt force commercial exploitation, as for instance ‘Christmas inspired by Lord of the Rings’: not a single Tolkien-inspired song is to be found on this entire recording, and it was released previously under an alternate title. However, we shall not focus on the humbugs of this world but continue with more serious attempts to musically conceive Middle-earth. One of the artists of whom I have grown fond over the years is composer Paul Corfield Godfrey. Besides many other works, he composed four (stage) opera’s based on The Silmarillion. I did an extensive interview with Mr Corfield Godfrey which can be found on his website.We will come to discuss these works in a later part of this article.

Introductory note
It is very difficult to say one piece of music suits Middle-earth better than another, because all have their own value. All music is ‘good’ in its own right; it is a matter of taste if you prefer one to the other. Therefore I will not single out any one work within this article as ‘the best of this or that because it has this or that quality’. What I will do is tell you what kind of Tolkien-inspired music there is to be found in the world, and I will try to remain neutral in my opinions. If I give any at all, it is merely to tell what it feels like for me.

Music from Middle-earth?
As readers of J.R.R. Tolkien’s works, we are often amazed by the landscapes and insights the dear Professor provided when he created the world we all came to know as Middle-earth. Over the years many creative artists have captured it in drama, image and music. Tolkien’s often inspiring words were brought to life by them. I can’t imagine what wonders lay beyond the next corner or underneath the stones on this road that never ends. But I might introduce you to my own world as I combine two of my dearest hobbies, music and Tolkien. I can’t let you experience the music first hand, you’ll have to do that for yourselves, but I can put you on the right path, the path that leads towards a greater enjoyment or experience of Tolkien’s world, imaginative or not.

It was obvious that music was very important to Mr. Tolkien: he even used it for his creation myth. A fact we may overlook to some extent, is that many of the poems in Tolkien’s legendarium are not so much poems but are in fact songs of some kind. One might say that many of those poems (or songs) were translated from a language non-native to the Hobbits, (such as Quenya) into Westron (or Common Tongue), by Bilbo or Frodo, and through Tolkien translated into English.

For the true Ardaologist and the true Tolkienist there is but one set of compositions in our world today that truly belongs to Middle-earth, The Road Goes Ever On by Donald Swann and J.R.R. Tolkien. This wouldn’t be much of an article if I kept it at that. But it is a work that we cannot overlook if we were to talk about the music within Middle-earth. I don’t feel this genuinely represents the music within Middle earth; to me it feels much more like a translation into an acceptable form. The creation myth is explained to us by means of a musical description, using instruments and voices known to us for a description, and I quote:

“Then the voices of the Ainur, like unto harps and lutes, pipes and trumpets and viols and organs, and like unto countless choirs singing with words, begun to fashion the theme of Ilúvatar to a great music (…)”

Does this mean all the mentioned instruments can be found in Eä? I think not, even though some of those instruments might be developed over time by one race or an other. It is after all a description (like unto = similar) not a given fact. 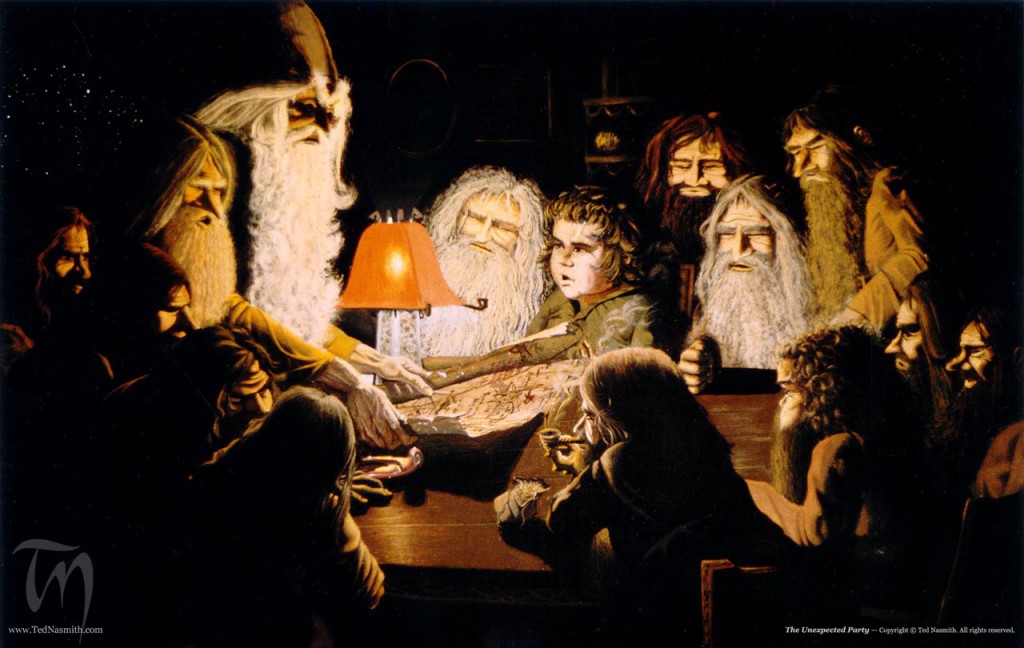 If we take a closer look into other works though, we see a very interesting primary world instrumentation, for example, in Bilbo’s ‘Unexpected Party’ in The Hobbit. We learn that the Dwarves carry a variety of instruments: two fiddles (Kili and Fili), three flutes (Dori, Nori and Ori), one drum (Bombur), two clarinets (Bifur and Bofur), two viols (as big as themselves) (Dwalin and Balin) and last but not least, a harp (Thorin). Gloin and Oin are not given any instruments but let us assume they are the (leading) voices to complete the set. And there are many similar examples of both these contexts of music. It is impossible for me to sum up all the musical descriptions given in Tolkien’s works; I think that would require another study besides this brief article. But I like to think I’ve got the best known, most inspiring and most complete descriptions with these two. (To be continued …)