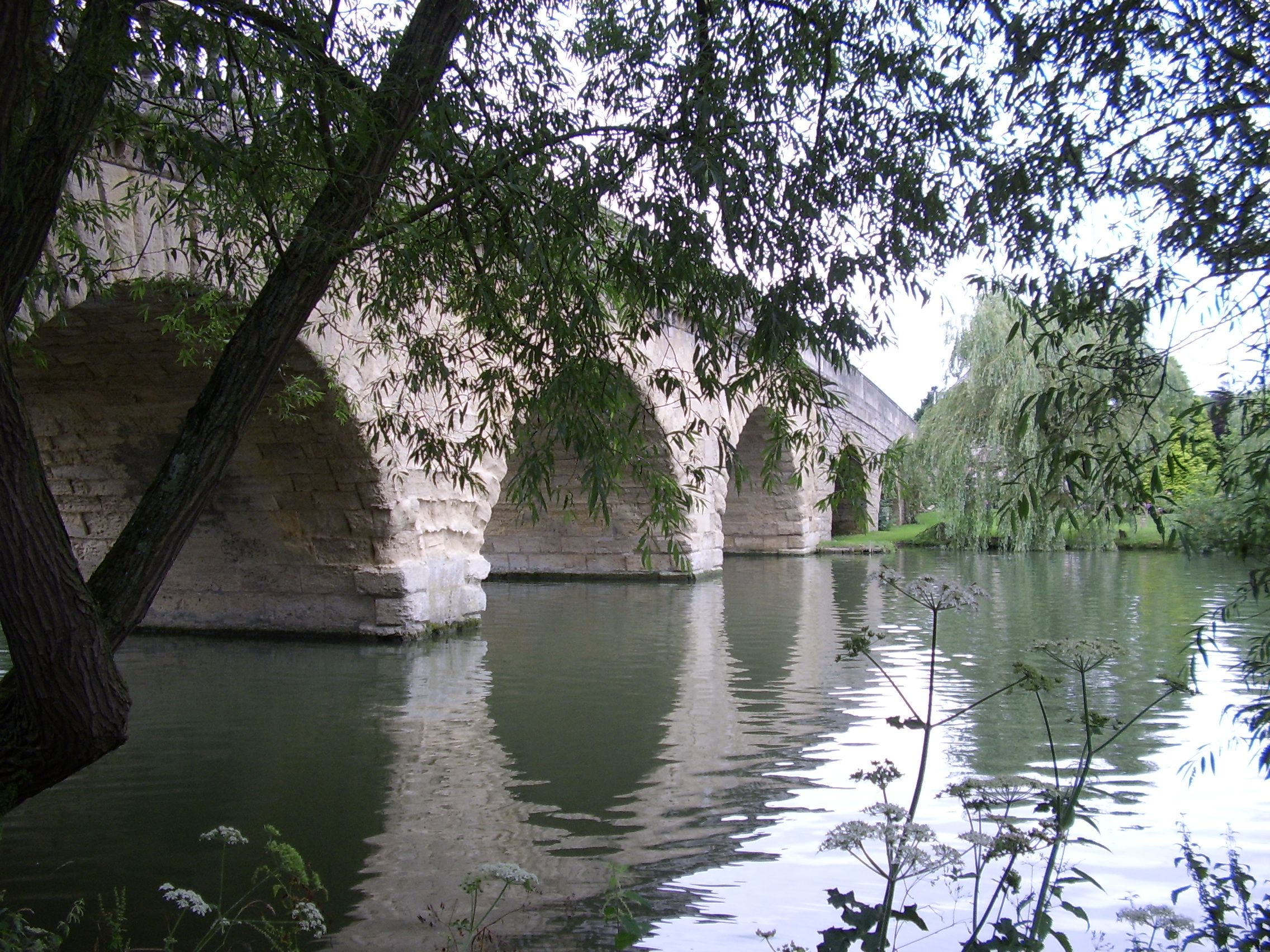 Why read JRR Tolkien’s book The Hobbit, before watching Peter Jackson’s film? Well, speaking as an English historian and post-medieval archaeological landscape investigator, I consider The Hobbit an invaluable primary source document – and a generally reliable trail guide. Furthermore, I am, first and foremost, a Tolkien scholar, and not a Jacksonist.

Peter Jackson’s film, The Hobbit, declares itself to be ‘based on’ Tolkien’s original work. Consequently, the screen-writing process of expanding, remodelling and ‘improving’ Tolkien’s coherent, time-crafted ‘narrative and dialogue into an idiom that they [Hollywood] understand’ (Letters, 190), has seen considerable liberties taken with Tolkien’s characterisation, narrative structure, and story-lines. A similar fate befell H.G. Wells’ pioneering, English science fiction novel The War of the Worlds. Wells’ masterpiece, as both movie and radio play, was transplanted from Victorian London and the Home Counties, to the modern United States of America; where, according to Jeff Wayne, it is now considered an American story.

Jackson’s screen-writers might be said to have, with ‘clumsy fingers’, pulled apart Tolkien’s carefully contrived Hobbit ‘web’ (Letters, 190). The finished Hobbit film appears to have ‘improved’ upon Tolkien’s imagination. Furthermore, it gives the impression of having been produced with X-Box, and new generation Smart Phone gaming and gambling applications in mind. I fear that fans of the film, encouraged to read Tolkien’s 285 pages for the first time – in the expectation of further frenetic, multi-level orcish sword-play, et cetera, might be just a tad disappointed. And who says hobbits have such pointed ears? Pauline Baynes, Tolkien’s illustrator, drew hobbits with normal ears: Tolkien commended her work with the words ‘there they are, there they are.’ (Daily Telegraph, Aug 8, 2008)

So, why do Tolkien’s original books outweigh the Hobbit stories Peter Jackson has refashioned ‘according to his fancy’? (Letters, 190) To paraphrase L.P. Hartley: Middle-earth is a foreign country, and Tolkien did things differently there. Tolkien’s The Hobbit and The Lord of the Rings were crafted by a scholarly, perfectionist, methodical, English walking author; with an informed, knowledgeable, 1930s-1940s English/British walking audience in mind – The Inklings/Cretaceous Perambulators in the first instance.

The prolonged researching and writing process that culminated in the publication of Tolkien’s The Hobbit and The Lord of the Rings, appears to have been informed, and guided by a precise, linear, map-led, researching and writing ‘intention and procedure’ (Letters, 297). This apparent map-led ‘procedure’ directed, and restrained the author’s transformation of a miscellany of real places, and real landscapes into convincing, fantasy, topographical constructs.

Referring to ‘guesses’ made by ill-informed source-hunters, Tolkien stated: ‘many of them seem to show ignorance or disregard of the clues and information which are provided in the notes, renderings, and in the Appendices.’ (Letters, 297) Work with Tolkien’s ‘clues and information’ as ‘a philologist would go about it’, and one may reconstruct Tolkien’s systematic researching and writing ‘procedure’. Reconstruct and interpret Tolkien’s ‘procedure’, and one may begin to retrace the author’s lines-of-march to Erebor [The Lonely Mountain], and Mordor.

For the past seventy-five years, conventional English Literature research methods have set the agenda for academic investigations of Tolkien’s Hobbit and Rings books. However, whilst orthodox literary methods may be ideal tools for analysing aspects of Tolkien’s work, they tend to underestimate, or misunderstand his all-encompassing cartographic, toponymic and topographical creativity.

In the quest for ‘original’ insights into the roots of Tolkien’s Middle-earth, traditional literary sources – more especially Beowulf – have been pored over, and bled dry by generations of passionate British and international students of English Literature. Having embraced my inner Took, I determined to challenge this dominant, hackneyed Beowulf-Middle-earth paradigm. I proposed to strike out into the academic ‘Wilderland’ of Tolkien’s other great passions: English names, English places and English culture – from a specific, historical, 1920s-1940s perspective.

As an historian and landscape investigator, my approach to Tolkien Studies differs markedly from desk-based English Literature practice. Tolkien thought cartographically – then he wrote ‘place’. Since December 2005, I have been working to locate, and explore Tolkien’s Middle-earth ‘places’ on the ground, on foot – with the aid of modern and historic Ordnance Survey maps; period topographical walking guidebooks; Eilert Ekwall’s dictionary of English place-names [4th Edition]; a questing mind; – and a sturdy pair of boots.

Because conventional methods of literary criticism have concentrated on the textual, Beowulf approach; Tolkien’s personal passion for the physical English landscape appears to have been disregarded. Therefore, I set about developing a verifiable archaeological landscape investigation method that may be applied to identify, investigate and interpret those real places and landscapes that Tolkien transformed into fictional locations. This investigative method – a practical fusion of close textual analysis, psychogeography, and psychoarchaeology – promises to recognise and recover obscure, English name, place and culturally-inspired material, buried deep within Tolkien’s Hobbit texts and fantasy mapping.

Unfortunately, the popular Celtified, internationalisation of all things Tolkien appears to have obscured the peculiarly ‘English’, regional, localised nature of Tolkien’s primary Middle-earth plots, storylines, places and landscapes. Bedazzled by the euphoric, CGI afterglow of Peter Jackson’s towering, New Zealand-based, Lord of the Rings film trilogy; we tend to forget that Tolkien rooted his arboreal ‘mythology for England’ in the rich, cultural leaf-mould of his beloved, ancestral, West Mercian homeland – the shire counties comprising the English West Midlands (Letters, 190).

Afoot in Mercian forest, field and furrow, Tolkien appears to have nurtured an innate, proto-psychogeographical gift for engaging with, and writing about real places he knew, – or knew of. Thence, by transforming shrouded elements of ancient place-names, timeless myths, and half-forgotten folklore associated with these special places, Tolkien – like an English Grimm – propagated his fantastic tramping tales of hobbits, elves and dragons.

Some scholars hypothesize that, whilst creating a believable, parallel, parodied ‘England’ for his fantasy characters to inhabit, Tolkien ‘cherry-picked’ a random selection of suitable topographical features and curious place-names from across the English Midlands, then added them to his maps of Middle-earth. Archaeological landscape investigation – working from a philological, toponymic perspective – challenges the randomness of this hypothesis.

Tolkien was a perfectionist. He was a methodical thinker; he disapproved of ‘nonsense’; he didn’t ‘do’ random [with, perhaps, the notable exception of the ‘Rover’ variety?]; and, unlike so many modern Tolkien scholars seeking Middle-earth ‘place’ inspirations, – he didn’t guess!

Tolkien was a specialist in the close analysis and interpretation of English/British place-names. Consequently, his Middle-earth place-names appear carefully, deliberately constructed. As one might expect, they seem to have been formulated following applicable, philological and English toponymical rules (Letters, 190). It would appear that all of Tolkien’s place-names were crafted to have coherent, personal or functional meanings within their re-invented geographical region. Thus, the Shire place-name ‘Nobottle’ probably refers to a specific, prominent, ‘new [1930s] building’ constructed in suburban, southern Birmingham; rather than a curious Early English place-name transplanted from rural Northamptonshire, on a creative whim.

An example of a functional Middle-earth place-name meaning might be: ‘Buckland’ – an ‘East March’ place-name employed by Tolkien as bócland, or ‘charter land’, to describe the semi-independent, colonial nature of this marcher district of the Shire (LotR, Prologue, 3; LotR, Ch.5). This interpretation of ‘Buckland’ as bócland is supported by archaeological landscape investigation: the former private estate that corresponds with the mapped location of Tolkien’s ‘Buckland’, achieved a form of quasi-colonial, marcher status in 1937.

In June 2006, guided by Tolkien’s written descriptions of Trollshaws; his fictionalised cartography; and a splendid walking guidebook first published in 1945, I located and entered a cave in a wood. Archaeological examination indicated that the entrance to this cave had, at one time, been secured by a door. Peter Jackson’s troll-hole was depicted as open, whilst JRR Tolkien’s was fitted with a heavy, locked door. Within the cave: whilst the trolls’ bones and plunder had all been removed, and the nasty smell had dissipated, – rough shelves, cut into stony walls, remained.

When I watched the film version of The Hobbit for the first time, I was intrigued to discover how the film-makers might depict ‘The Carrock’. Although the real geological feature that inspired ‘The Carrock’ may be located in England, it would appear that Tolkien chose to re-name it using the Cymraeg/Welsh language. Carreg-goch translates as ‘red stone’. I located, and climbed Tolkien’s ‘hill of stone’ in June 2006. I found it to comprise a monolithic mass of red sandstone. This ‘Carrock’ [Tolkien/Beorn called things like this ‘carrocks’. The Hobbit, Ch.7] had natural features resembling great stone ‘steps’, and retained ‘a little cave’ at its foot. 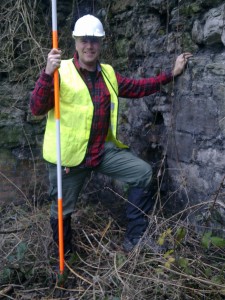 Should you have ‘issues’ with a sickly hedgehog named ‘Sebastian’ [Tolkien just didn’t ‘do’ French names in Hobbit or Rings; or French anything else, for that matter!]; should you disapprove of gentle, compassionate Bilbo portrayed as a leprechaunic, orc-killing, Hollywood halfling action hero in the pine wood below the Goblin Gate; or should you wish to share the deep-rooted, pastoral Englishness of Tolkien’s arboreal vision, read The Hobbit. You never know, you might feel inspired to pass beyond the ‘High Hay’ of orthodox Tolkien scholarship, don your walking boots, step into the Road – and join me in tramping the lesser-known highways and byways of Tolkien’s own West Mercian Wilderland. Who knows where you might end up?

Paul Vigor is an historian and post-medieval archaeological landscape investigator. He read History at the University of Exeter; and Industrial Archaeology at the Ironbridge Institute, University of Birmingham. He has published research papers in Amon Hen and Mallorn. He has spoken on Tolkien’s landscapes at the Greenbelt Festival, Cheltenham Racecourse, 2011; and the Celtic Myth and Landscape conference, University of Wales, Trinity Saint David, Lampeter, 2012. Paul has lived and walked in West Mercia since 1995.