Only a few weeks until the world premiere of “The Hobbit: The Desolation of Smaug” and the hype is picking up speed. Yesterday, Google announced on its blog a new chrome experiment set in one of the most wonderful imaginary worlds, Middle-earth. Optimised for its browser Chrome visitors have the opportunity of visiting J.R.R. Tolkien’s masterpiece of children’s literature, The Hobbit, as it is being envisioned by the team of Peter Jackson. Six places are available for closer inspection: Trollshaw Forest, Rivendell, Dol Guldur, Thranduil’s Hall, Lake-Town and Erebor. However, at the time of writing only the first three are open to the public; the other three will probably be made available closer to the premiere. 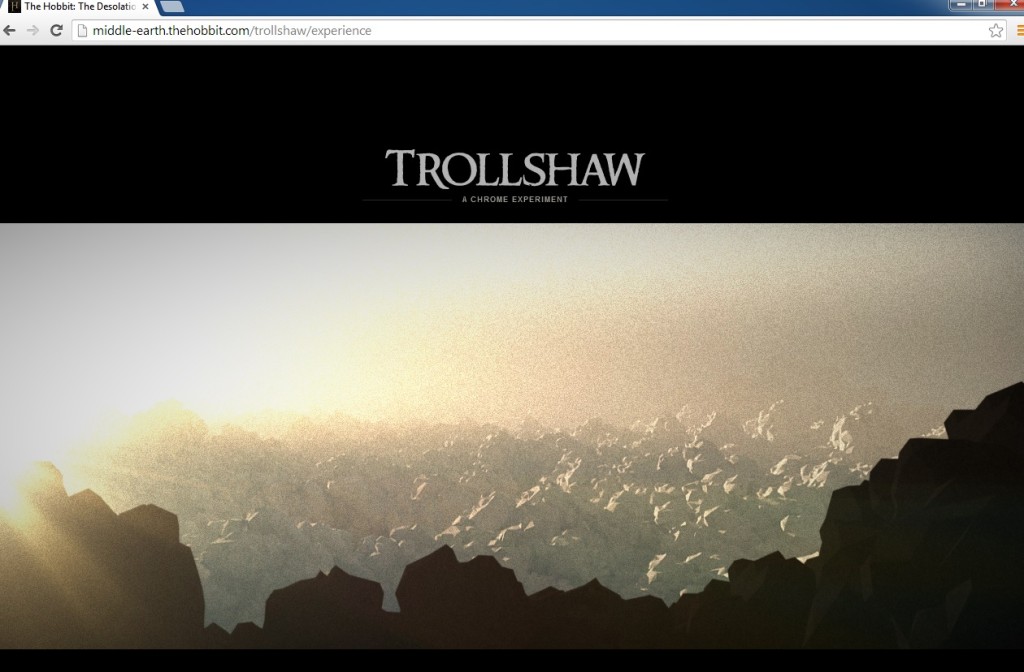 Every place offers extra information on the characters and places without spoilering the upcoming movie; everything you can see here has been shown before via the usual distribution channels. However, it is an interactive feat which, yes, made me install Chrome (not that Firefox, IE and Opera wouldn’t suffice) but then this is what forced marketing is all about 😉

You will learn more about those places in swiping moves and with each of them there is an interactive game: fleeing from the trolls, surviving in Dol Guldur (which I still have to manage) and cherishing everything green in Rivendell (a very flowery appreciation of the elves but anyway). Now, particularly the Dol Guldur game isn’t for the faint-hearted and definitely has something of Slenderman. Any first person shooter experience is helpful! 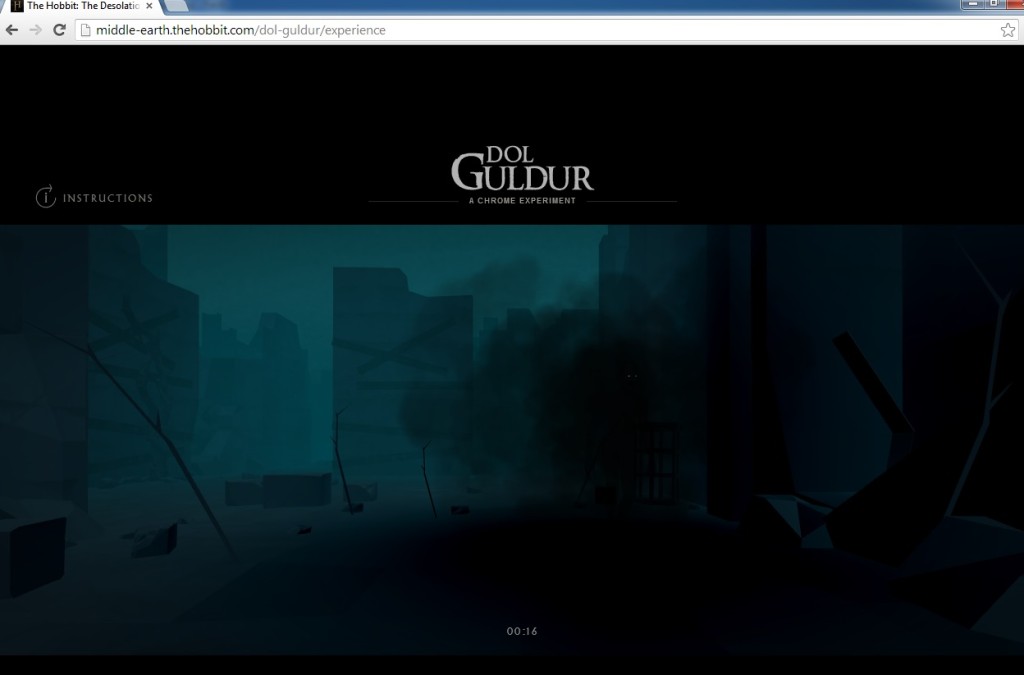 Ah, well. Despite all I’ll be watching this film three or four times (again). Seeing my favourite places coming to life on the big screen, even though stunted and twisted out of proportion, is a wonderful thing. Have a look at the map, listen and enjoy. If you want to know more about the technology behind this hop on over to HTML5ROCKS. And yeah, the maze in Dol Guldur is reset for EVERY game 😉 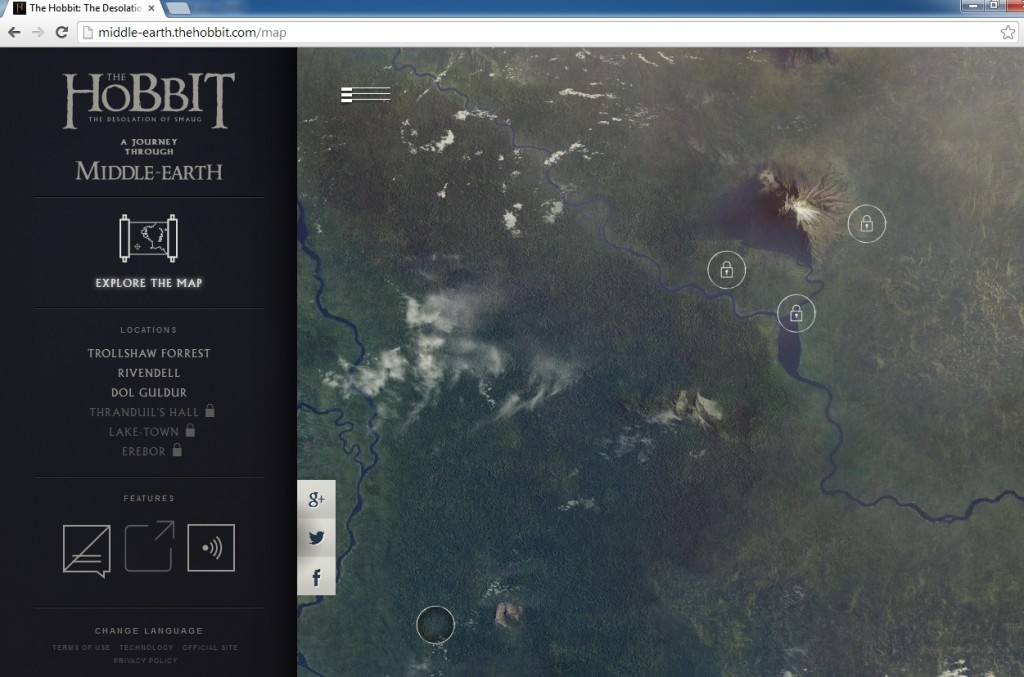 I’ll probably sit and watch the Hobbit map and listen to Howard Shore’s music for some time.

P.S. Please not that all official websites to the film trilogies no longer exist; that is, most of that material is lost completely as they used to be top of the league sites – and were incompatible with data saving technology provided by the Internet Archive. As far as I can tell Warner Bros. shut them all down in recent years. Google Experiment Archive. North Kingdom Archive, studio behind the project. [update July 2021.]