Meet the Makers: The First Anniversary of the #TolkienTribe on Instagram

When J.R.R. Tolkien’s 125th birthday was about to be celebrated – in 2017 – a bunch of Tolkienists from all over the world came together on Instagram to do just that: share in their mutual interest in Tolkien’s stories. Very quickly sixteen of us gathered around an Instagram chat started on Jan 1st, 2017, which was soon called “TolkienTribe” and this became our hashtag.

Now, one year later we are celebrating more than 5,000 posts with this hashtag, we celebrated the “Bilbo Baggins Birthday Bash” with an international giveaway supported by such wonderful people as the German Tolkien publishers Hobbitpresse and Weta Workshop and many other events and we have gone from strength to strength. Now, as of today, we are starting the official Tolkien Tribe Instagram account to further interest in the life and works of Professor J.R.R. Tolkien and the people he inspired – and we are going to get just better 🙂

Members of the #TolkienTribe (in alphabetical order)

How the group came into being 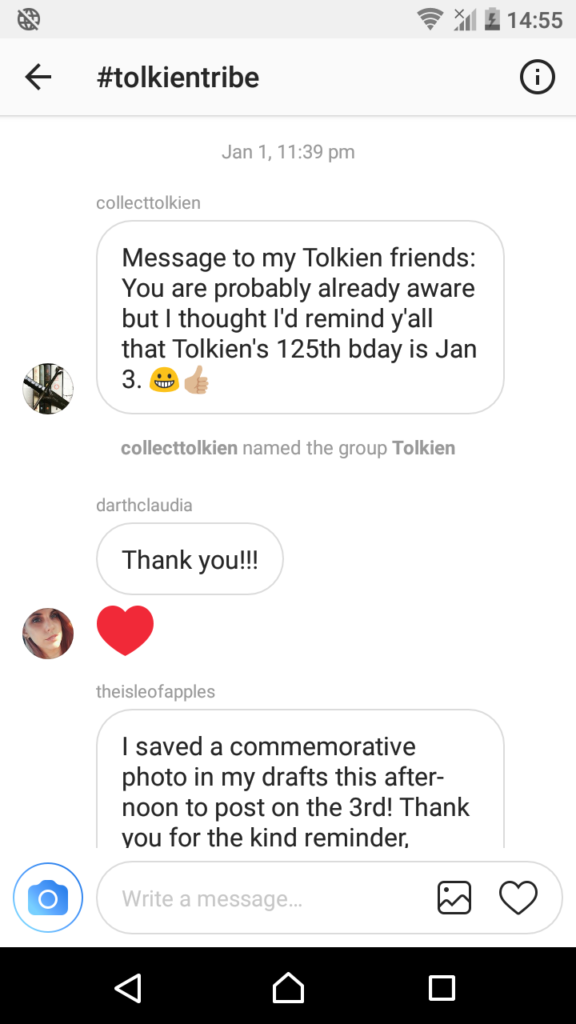 What basically happened was that one of us – aka Justin – decided to open up a chat for all of us to join in, very late on January 1st, 2017. 🙂 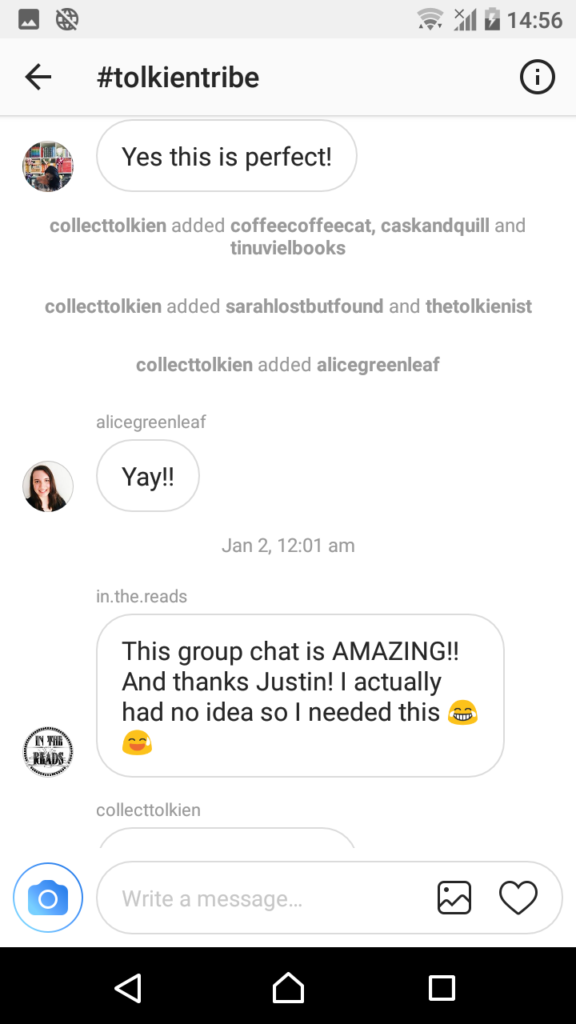 I joined the chat the next day, early in the morning, together with most of the rest of us. 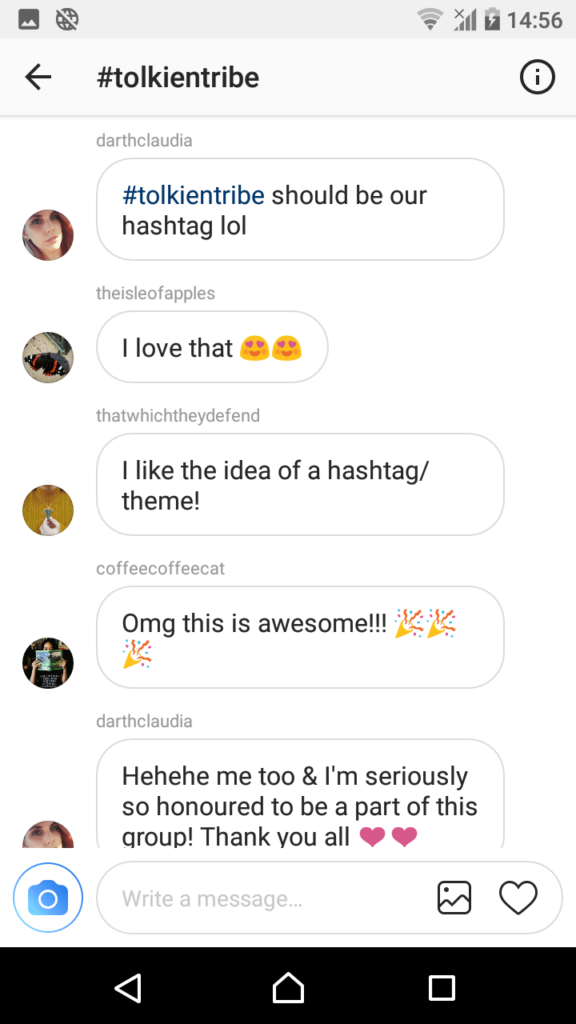 The hashtag is born!

One of our earliest members who left the group as she worked on other projects – Darth Claudia – suggested using #TolkienTribe – and so our common hashtag was born.

History of the Hashtag – some background

We as a group weren’t the first to use this hashtag (we didn’t know back then and never really thought about it.) The first ever usage of the hashtag happened with this charming instagrammer – according to the IG search – on Nov 25, 2014.

Only one more Instagrammer used the hashtag before our “very own first” entry.

Our very own Sarah was the first to post using our ‘new’ hashtag and since then many others have taken it up.

Our friends and supporters

We have been incredibly lucky to have found many friends and supporters who are helping us out in our ventures – true Tolkien fellowship style; unfortunately, they are too many to mention of all of them here. However, please do know that we appreciate all of your time and effort in sharing the fun and inspiration we all derive from reading Tolkien’s stories and the work inspired by them!

This error message is only visible to WordPress admins


Error: API requests are being delayed for this account. New posts will not be retrieved.

Make sure this account has posts available on instagram.com.

Error: admin-ajax.php test was not successful. Some features may not be available.

Please visit this page to troubleshoot.