On the trail of the Tolkienist* 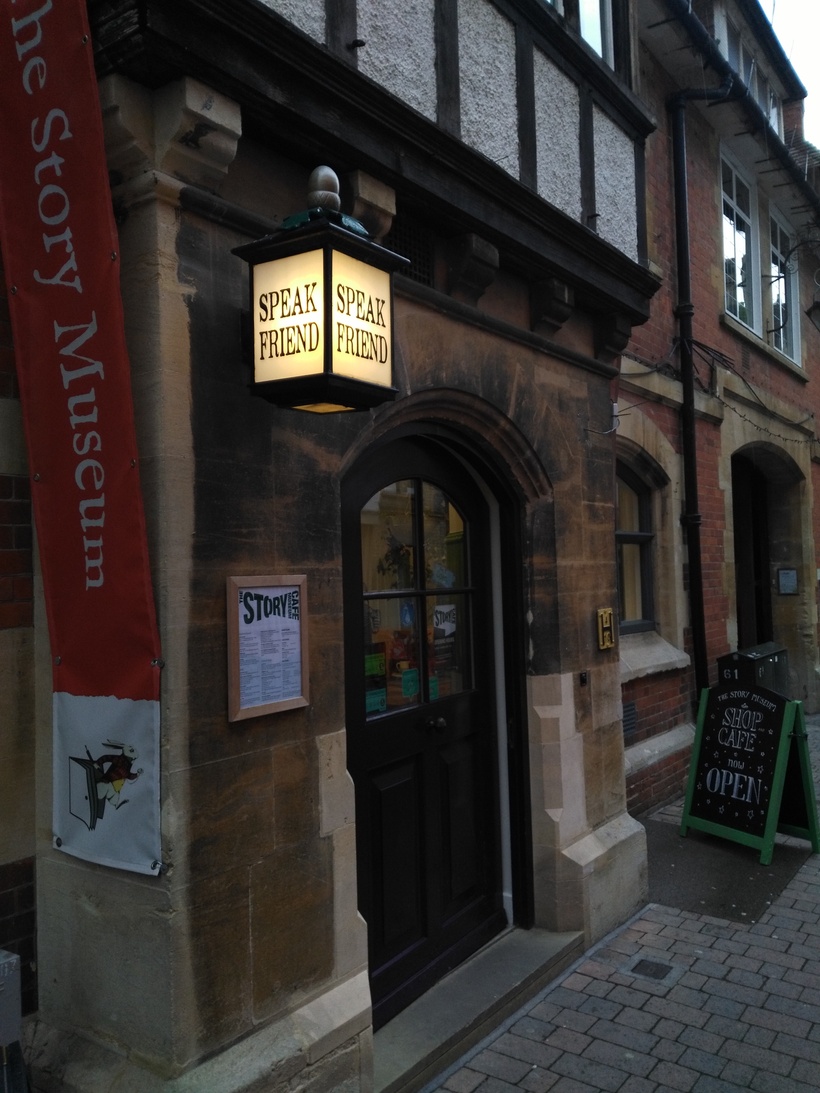 A stroll through Oxford**

For years now I have been following the activities of the Tolkienist. Where other Tolkien scholars can barely hold my interest for 5 minutes, the Tolkienist’s enthusiasm is downright infectious! In fairness, I would like to mention that I am in fact not a Tolkien fan at all, so I am not easy to get along with. But I have read most of the books, find The Silmarillion better than The Lord of the Rings and am generally someone who enjoys reading fantasy.

As the Tolkienist already clearly stated with the German Tolkien Society: No fantasy without Tolkien, so off to Oxford and see why this place is so special for the Tolkienist. Because it is! In general, there is hardly a limit to his enthusiasm, but the euphoric mood he exhibits when he visits this city has yet to be surpassed by anything! 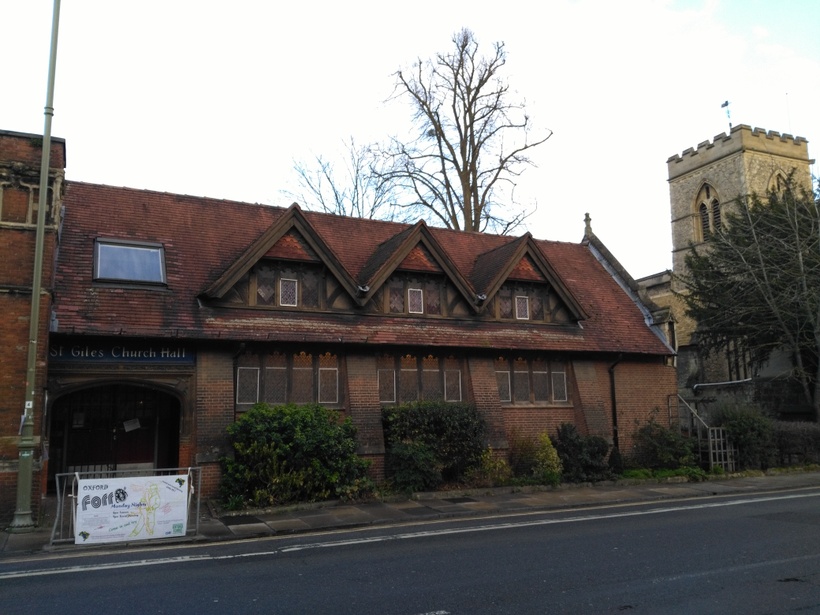 The most important stops have been mentioned to me. I left the piece of paper I had noted them on on the kitchen table at home. A quick search showed me that I had a lot to see! So let’s get started! 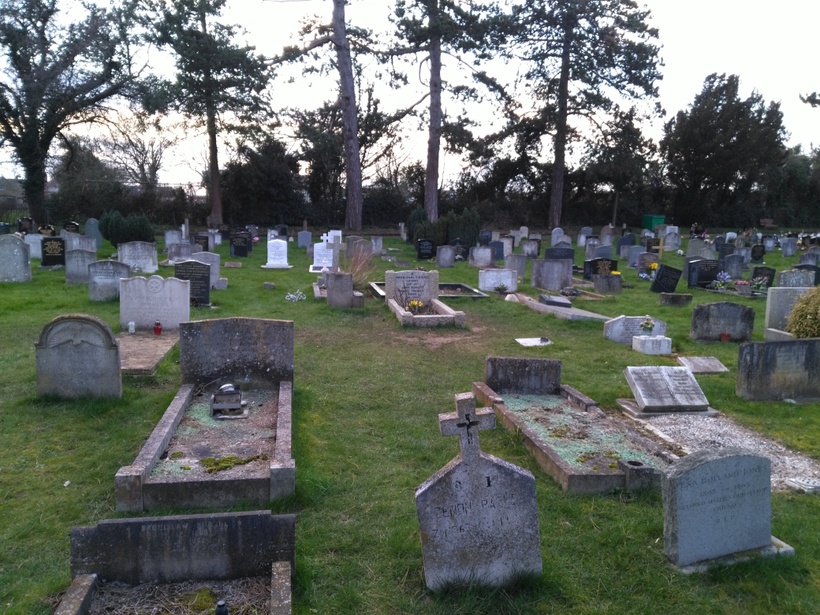 Of course it makes sense to visit Tolkien’s grave first. Maybe not directly now, but by chance I found myself right next to the bus line that goes closest to Wolvercote Cemetery. A short walk and you turn onto the curved path that has little plaques pointing the way. The grey grave for Tolkien and his wife is decorated with fresh flowers and covered with a lot of pebbles. I also add mine in respect of those who have passed away. After a reverent few minutes in this peaceful setting I am drawn to Northmoor Road where Tolkien lived first at number 22 and then at number 20. 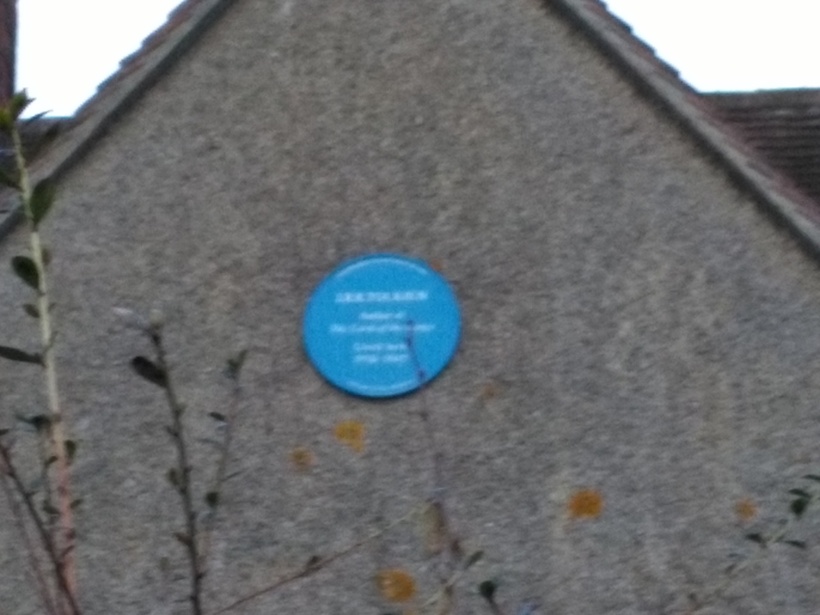 Number 20 is currently for sale – a once in a lifetime opportunity for diehard fans. The blue plaque shines from the gable and is easy to decipher with keen eyesight or a telephoto lens. The street is quiet and really nice. Compared to the adjacent mansions, the building looks like a homely suburban duplex. The Tolkienist would wish for a bay window, as with the villa further down the street, but deep down we all know that just being allowed to read a book by the window would be his personal bowl of cherries! 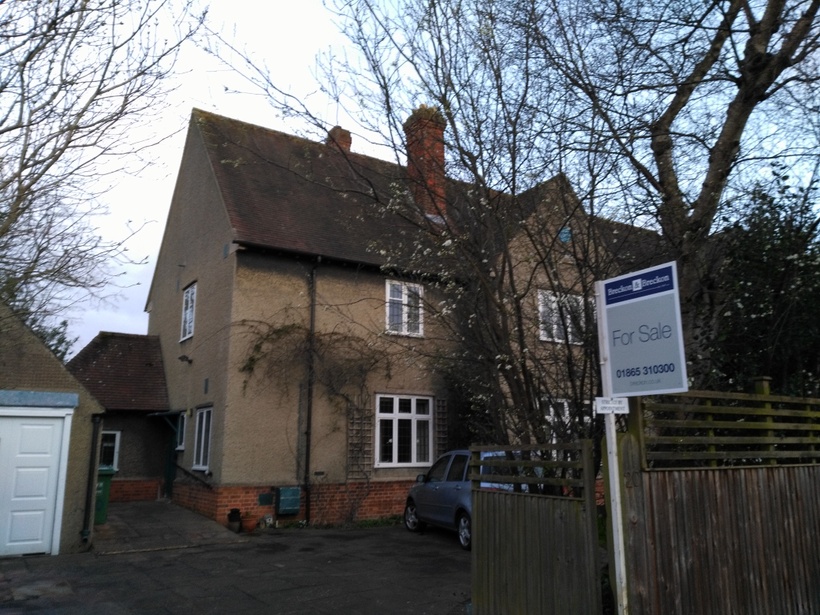 Next I am off to the colleges. Tolkien graduated from Exeter College which is free to visit. Here you can find the beautiful Morris tapestry, the sight of which is accompanied by the rehearsals for the evening oratorio. A sublime atmosphere. The flower garden invites you to a pleasant stroll and the early flowering shrubs herald the end of winter. 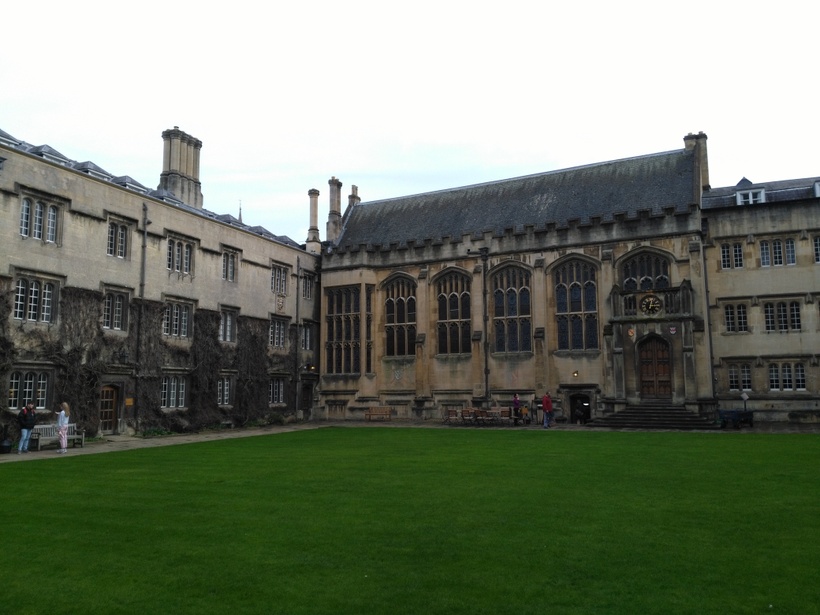 Pembroke College, where Tolkien pursued his first teaching career, is closed to the public. After offering sacred promises not to step into the courtyard I am allowed to have a look at it. After that, I have no choice but to move on. 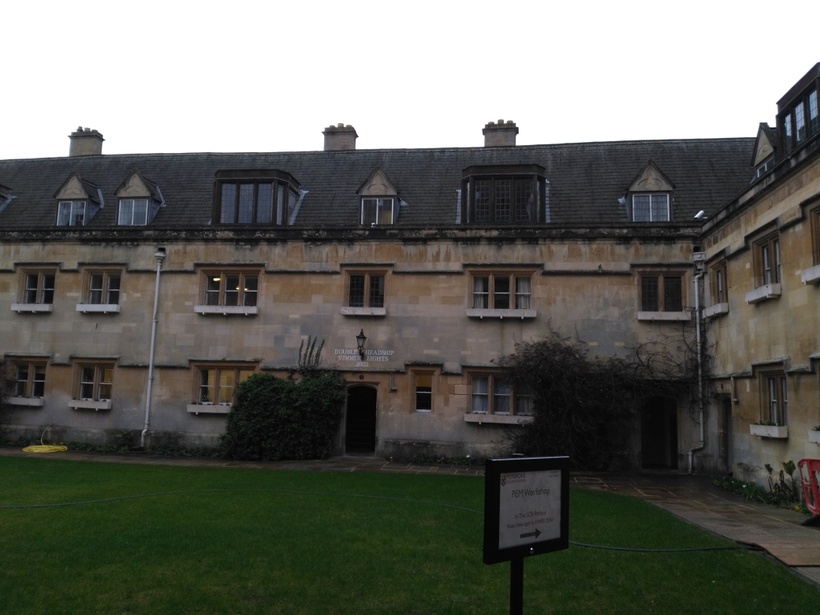 The direction is clear, west! Merton College is not far away and lets visitors see parts of the grounds for a fee. On the map handed out Tolkien’s living quarters from the time of his professorship are clearly visible. A most beautiful college presents itself to the visitor. The staff seem relaxed and are cracking jokes among themselves. The park where ‘Tolkien’s Table’ is located is unfortunately no longer open to the public. Too many picnickers have not mastered essentially decent behaviour and have left their rubbish lying around. 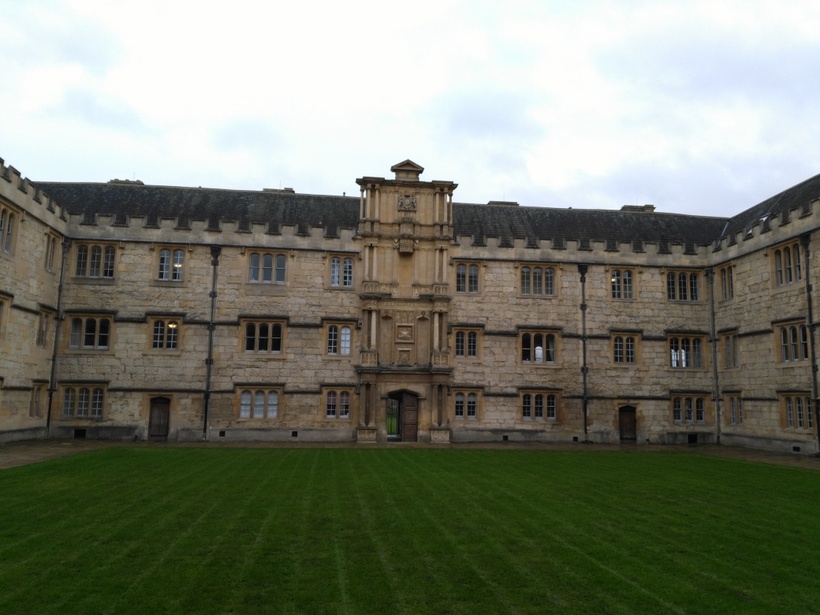 My disappointment is written all over my face. The lady-in-charge notices this and shows me mercy. The porter is allowed to accompany me! I am allowed to sit down, photos are taken and I can literally feel words flowing into the tips of my fingers, just waiting to be put on paper. The porter takes his time accompanying me back on a circuitous route and tells me a bit about the college. A really successful tour! 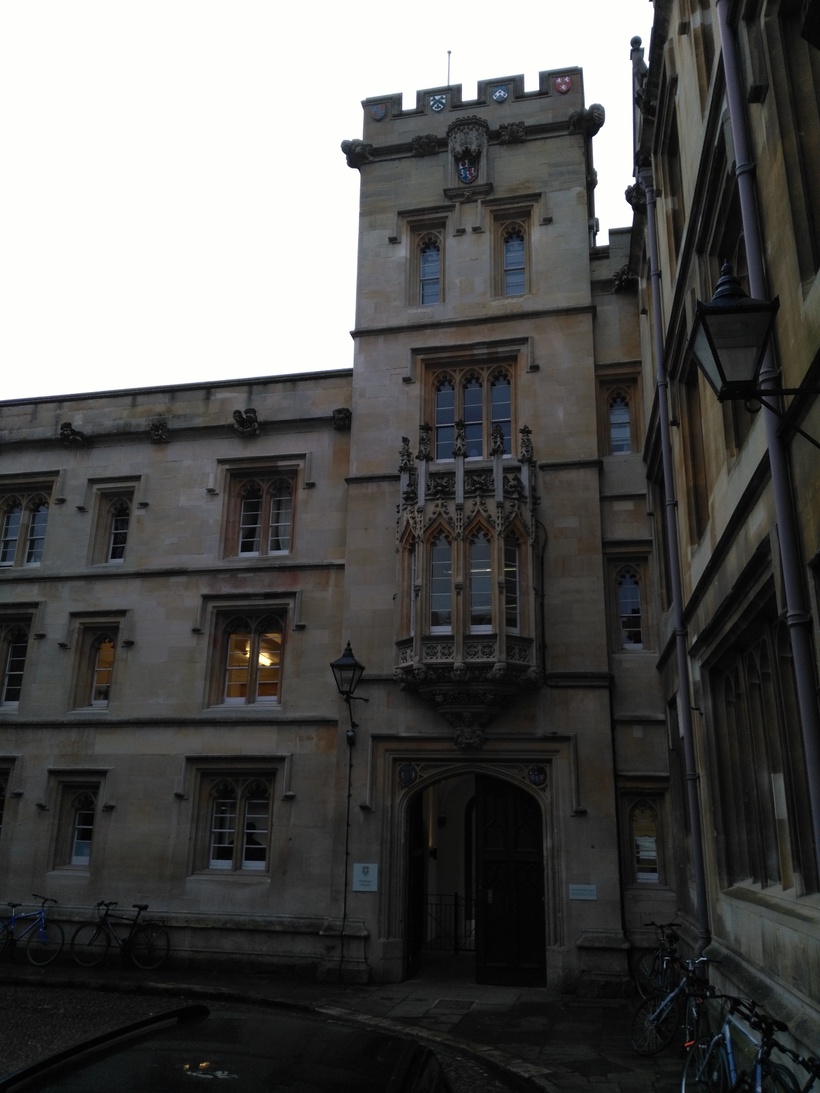 After a detour to the Bodleian Library where the past Tolkien exhibition prompted the Tolkienist to say so many wonderful things I am at my last stop: the Eagle and Child, of course. A pint to the Professor! The Tolkienist would be proud of me. I have braved wind and weather and walked every street with care. The old Oxford is present at every turn and shows itself, rightly, with pride. The same paths were walked decades ago by the author who gave his name and purpose to our Tolkienist.

That was the end of my trip to Oxford which lasted only three days. It was worth every step I took! At every corner of the city you come across little hints of the great author or find a place that served him as a source of inspiration. As all of this must remain conjecture to me the only thing I can do is start the return journey. 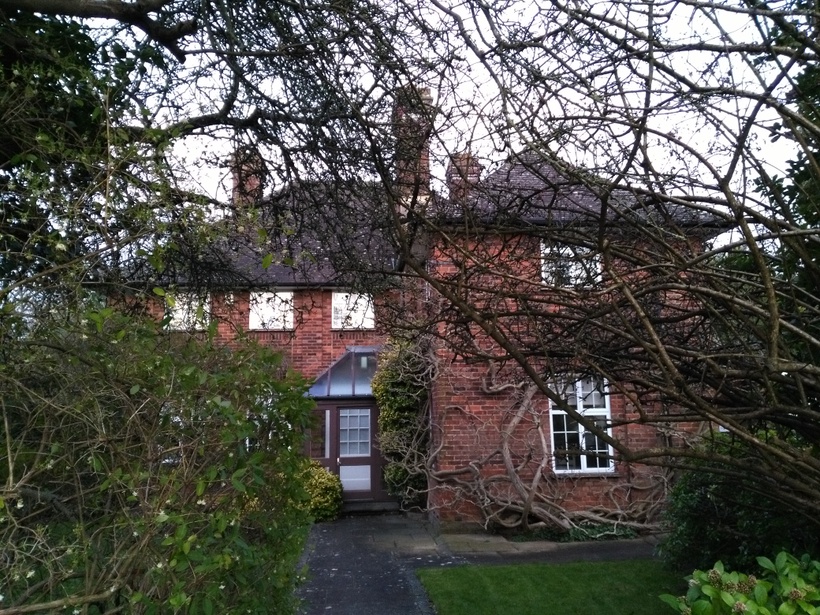 Finally,  in the lavatory at Heathrow the soundtrack of the films is being played. I’m sure the Tolkienist would have quietly dropped this part of the story but it’s not his, it’s mine. So, with  the bickering sounds of the Shire theme, I may take my leave and recommend everyone to please visit calm and beautiful Oxford at least once.

* The text was written in German; I have translated it and accept all responsibilities for mistakes or misunderstandings.

** I would like to note this text and the photos were provided by S. Aubron, my former wife aka Sauron. At the time of writing she was in Oxford and although we had already separated she continued her ritual to get me a present from the place she visited – in this case her lovely report and the pictures you can see in this post. The city itself and its museums make it always worth the visit and as she had to live with the fact – for about fifteen years – to be in a relationship with one of the world’s most passionate Tolkienists her perspective may provide interesting or at least entertaining insights. She has given me permission to post this on Patreon first; later on it will be available to the wider world.

*** Sauron sent me this text and the accompanying pictures in February 2020. I have been meaning to post this text for a long time but there never seemed to be the very right moment – as you imagine it is of huge emotional importance to me but I realised that if I continue to look for the perfect time and/ or the perfect way to present this I will probably never publish it. And that would be disrespectful to this lovely gesture – so here you are.