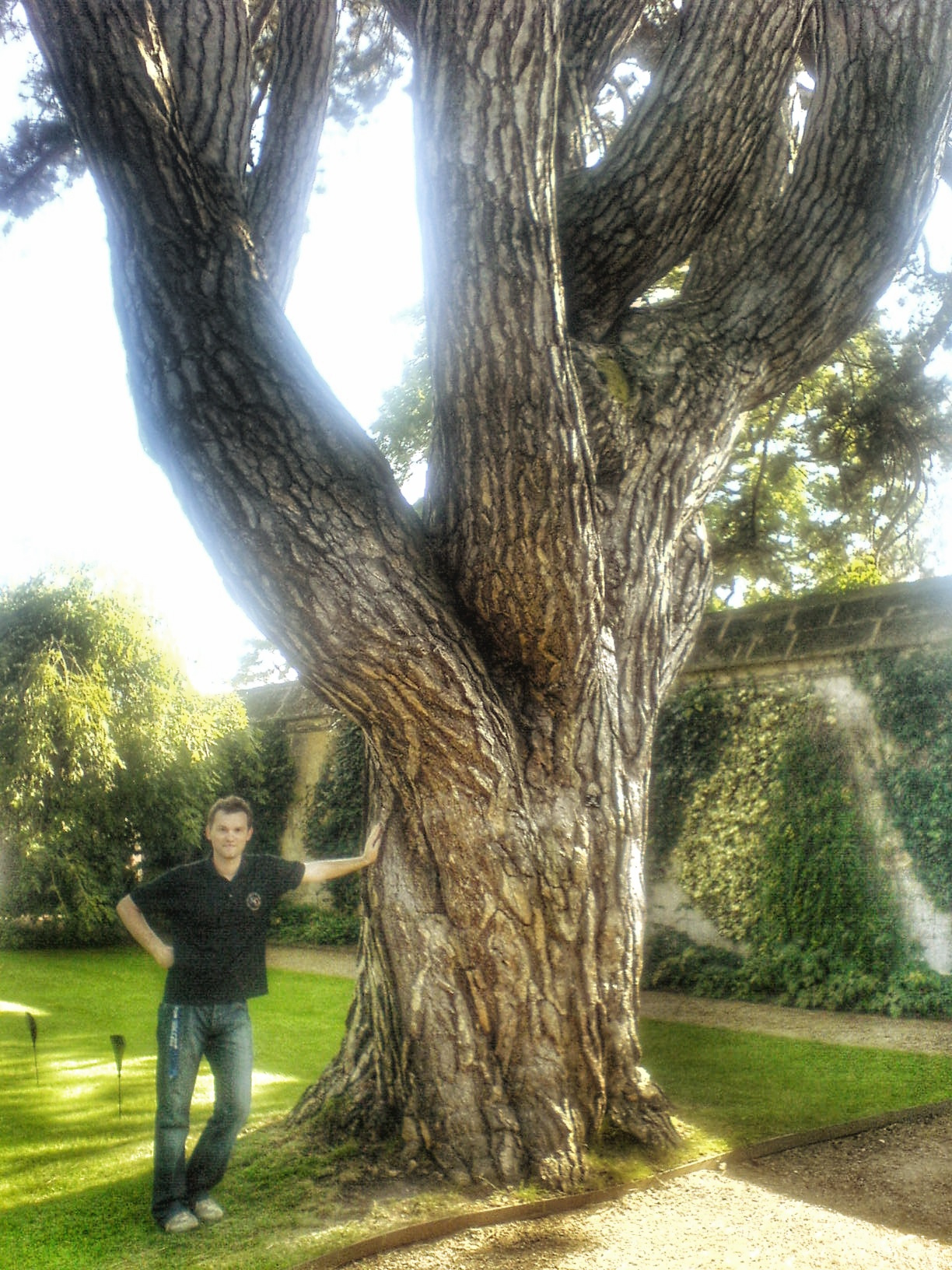 I am quite delighted to share with you news that nobody else seems to know about!

Please note: I will share this piece of news with the worldwide Tolkien community on July 9, 2020, at 4 p.m. You are the first to know – but please do not spoil me sharing this amazing piece of news before so keep it to yourself. Thank you!  🥰

You may remember that in 2014 Tolkien’s favourite tree at the Oxford Botanic Garden & Arboretum (OBGA) lost two of its limbs and had to be cut down for security reasons – I did a blog post on this back then. There was quite a bit of discussion on what should happen to the tree and I have to say that some ‘Tolkien fans’ behaved abominably at the time – but now we are finally seeing the fruits of the labour begun back then!

Coincidentally, the first pictures I sent out to patrons of the higher tiers in June were photos taken by me and my former wife Sara at the OBGA and I will include one of them here:

Over the years I had sent an email or two to the press office of the University of Oxford asking more about the Pinus Nigra but never received an answer. And what with the unfortunate happenings when the tree was felled I could perfectly understand for the OBGA to lay low on the issue.

Now, imagine my surprise when I recently (again) contacted the press office of the OBGA and received an answer – so here is the scoop!

In addition to this you will find those elements interesting:

As a celebration and count-down to this anniversary, the University of Oxford Botanic Garden and Arboretum, together with the Oxford University Herbaria and the Department of Plant Sciences,  will highlight 400 plants of scientific and cultural significance. One  plant will be profiled weekly, and illustrated with images from Oxford  University’s living and preserved collections.

So you can see that the OBGA seems to live up to the expectations at the time but did it at its own pace. If you have ever worked at a similar institution you will certainly agree that this kind of work takes time and the money to be actually able to do anything – and I am glad to see that next year I’ll definitely be buying a bottle of whisky! 🙂

I am very glad I could share this with you!

P.P.S. I know Patreon World Exclusive seems a bit much but hey, let’s be fancy *g*