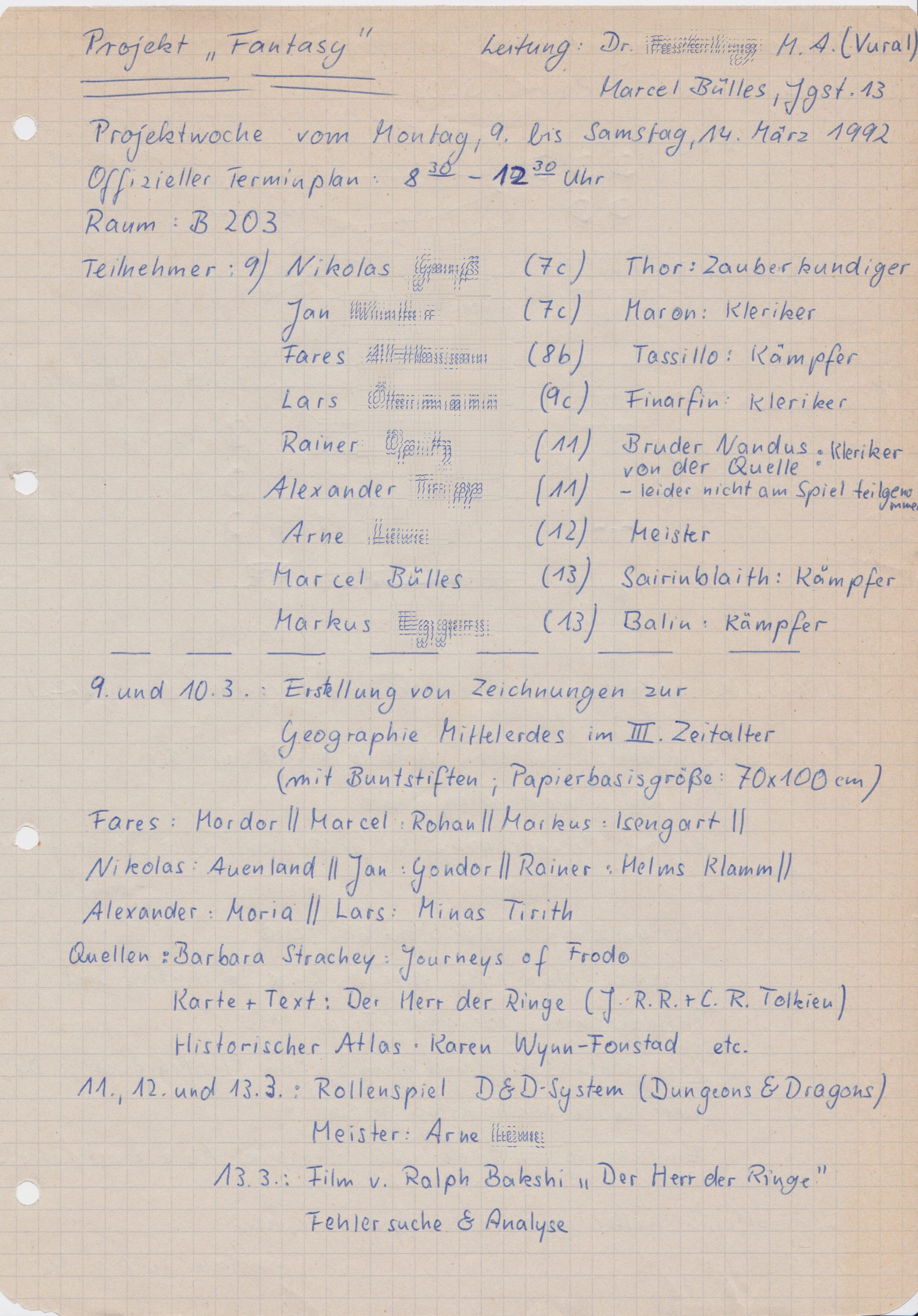 I was 19 when I wrote up this two-page-summary of a most fascinating week of my life: “Project Fantasy” happened at my school, the Kaiserin-Theophanu-Gymnasium, amid the multi-cultural hubbub that is Cologne-Kalk.

When I had first read The Lord of the Rings for a long time after I believed to be the only Tolkien fan in the world and it was only when my English teacher, passing my table during one exam – while I was doodling something Middle-earth-related -, looked at the doodles, bent down to me and whispered “My Preciousss” that I knew I was not alone.

Quite some time later the annual “Projektwoche” was about to happen: Pupils could suggest a topic for our “project week” and then ask others to join if you had found a teacher willing enough to formally accept and support it. I came up with Project Fantasy. 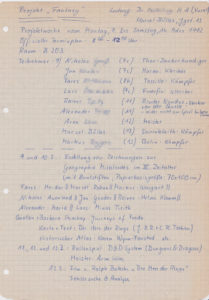 Every day from 8.30 a.m. to 12.30 p.m. we gathered to prepare the material we were to present on the Saturday of that week when the parents, family members and friends of the pupils working on those projects would show up.

The basis of our work were the following items:

The first two days were used to copy the maps of Middle-earth from the books on paper the size of 70*100 cm – I did Rohan, according to the task list. During the next three days we would play a D&D adventure with the different pupils taking on the usual roles: cleric, magic-user, and, in my case, fighter. We were probably using one of the third edition basic sets of Dungeon & Dragons of the BECMI era. On Friday we would also watch Ralph Bakshi’s film rendition which I entered on the schedule with: “Error search & analysis.”

One of the most entertaining details to me is the name I had given me back then: Sairinblaith. As this was 1992 and I certainly did not have all books on or by Tolkien at the time and maybe an issue or two of Quettar or Parma Eldalamberon I can no longer trace back the origin of it but seem to remember it was meant to be a different rendition of the “fiery spirit”, that is Fëanor. A quick lookup on the net does tell me now that -blaith is Gnomish for “spirit” and I must have taken it from the word list in The Book of Lost Tales. I did not really know any basic linguistic rules so bear with me! 🙂 Anyway, the fighter had to go through a number of entertaining adventures and, let’s face the music, we wanted to have fun during our project week! 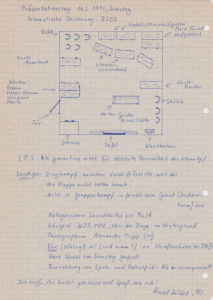 Projekt “Fantasy” – to do list and room map for the exhibition

For the presentation on Saturday a number of elements were added:

I distinctly remember us whiling away our time on Saturday as the school was packed with visitors amid huge Middle-earth maps and people sitting on chairs in our class room and reading some of the books I had brought with me. It was an incredibly gratifying experience which was only the beginning of a long list of Tolkien-related events I would organise – to spread the word about J.R.R. Tolkien and Middle-earth.

No pictures remain of the event. In the throes of my divorce I threw away most of the picture albums – we had actual photos in albums back in the day 😉 – as I had not looked at them in many years and following KonMari‘s rules they gave me not enough pleasure so I threw them out.

It might have been nice to add a picture or two of the actual room as it was then presented – but then again pictures of oneself at the age of 19 always look silly, no matter how hard you try not to look that way!